Ukraine Can Show Taiwan How to Win a Cyberwar With China 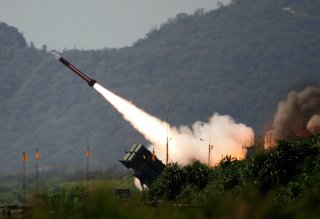 With the amassing of Russian forces on Ukraine’s borders in January and February 2022, many observers believed that the world was about to witness the first true cyberwar. Despite these predictions, however, the Russian invasion was not accompanied by any major, successful cyber blows to Ukrainian critical infrastructure, and Russian distributed denial of service (DDoS) and wiper attacks largely failed to curb Ukraine’s ability to defend itself.

Prior to the invasion, many had warned that China was closely watching the events in Ukraine and, if Russia invaded, may be prompted to attack Taiwan. Given many Russian military failures, observers pointed out the challenges that China could face if and when it decides to attack Taiwan. While the Ukrainian case study shows that cyberwarfare is not to be paralleled with traditional kinetic warfare, it is worth asking whether Taiwan will face similar attempts to sabotage and disrupt its infrastructure and services.

The Russian Army’s botched war effort has demonstrated the severe challenges an invading army faces in attempting to overcome fierce resistance that enjoys international support. Taiwan may prove even more difficult. Given its geography, China would have to carry out an amphibious invasion. The high number of ships, equipment, and troops required, along with logistical issues and sheer American support may serve as a deterrent for China to attack Taiwan. Given these challenges, China is more likely to resort to grey-zone warfare which includes subversive means such as cyberattacks and disinformation campaigns in order to cripple Taiwanese unity and support in the government.

While political, geographical, and cultural differences exist between Russia and China and between Ukraine and Taiwan, there may be some important lessons to learn from the Ukrainian case study, which could be applied by Taiwan and its allies.

First, much of Ukraine’s ability to thwart Russian cyberattacks could be attributed to the heavy technical assistance the country has received from the United States since the infamous cyberattack which targeted its power grid in 2015. Moreover, the U.S. Cyber Command has been sending teams to Ukraine as part of the so-called “Hunt Forward” operations. These teams, many of which arrived in Ukraine around October 2021, helped to detect and clean up a so-called “wiper” malware—a one that deletes crucial files off of systems—from its national railway systems. Sending Cyber Command teams could help protect Taiwanese critical infrastructure and government networks while avoiding provocations vis-à-vis China.

However, given Ukraine’s dependence on foreign assistance, Taiwan should also strive to hone its cyber resilience. This leads us to the second lesson: redundancy. One central issue is Taiwan’s dependence on undersea cables for internet connectivity. As these cables could be damaged or sabotaged in order to cut or disrupt internet connectivity, Taiwan needs redundant sources of connectivity such as SpaceX’s Starlink, which provided Ukrainians with access to satellite internet as internet service in the country was disrupted.

A third lesson should focus on Ukraine’s success in defending against Russian information warfare and in gaining supremacy in the information domain. Crucial to increasing morale, maintaining internal unity, and receiving international support, Ukraine has managed to control strategic narratives and fully capture the media space via social media channels. Gaining an advantage in information warfare requires understanding the opponent’s methods and modus operandi and acting proactively. Ukraine’s success could be attributed to familiarity with Russian (or Soviet) tactics and the fact that the country has been struggling with hybrid warfare and disinformation campaigns at least since the annexation of Crimea in 2014.

China has been learning and incorporating the Russian playbook into its own tactics. In October 2019, Cyber Command and the National Security Agency’s director, General Paul Nakasone, pointed out Chinese efforts to subvert pro-democratic demonstrations in Hong Kong with a social media disinformation campaign. Being on the receiving end of China’s information warfare tactics, it is thus crucial for Taiwan to conduct exercises that simulate information warfare scenarios and focus on proactive narrative control. Another long-term solution would be to increase media literacy and critical thinking amongst younger generations in Taiwan.

The situations in Ukraine and in Taiwan are not yet comparable, and while many variables and conditions may save Taiwan from Ukraine’s fate, there are still many lessons to be learned and applied that could help Taiwan tackle some of the threats lurking ahead.

Omree Wechsler is a senior researcher at the Yuval Ne’eman Workshop for Science, Technology and Security at Tel Aviv University. Mr. Wechsler has served in the Israeli military intelligence branch and he’s a graduate of the CISO & DPO training program of Bar Ilan University.