U.S. Chamber of Commerce Report Gets It Right on Proposed Antitrust Legislation 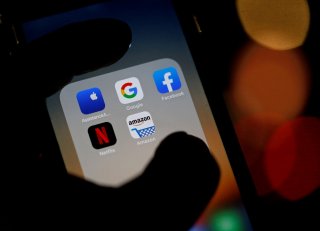 In a report released this week by the U.S. Chamber of Commerce, the national business association laid out a comparative assessment of how industrial policies in the United States (having more of an “industrial strategy” than industrial policy), China, and the European Union benefit their own domestic firms. The Chamber also examined how proposed antitrust reform legislation before the U.S. Congress would place American companies at a distinct competitive economic advantage in the global marketplace, and consequently, if enacted, would negatively impact U.S. national security. In general, the Chamber’s report offers a convincing argument on how Big Tech is receiving unusual scrutiny (in the form of “special purpose” provisions) in proposed antitrust reform legislation by industry critics—unlike any previous industry.

What are some of these tech industry-oriented provisions in proposed legislation? The report identifies potential corporate divestitures and prohibitions on new acquisitions and investment opportunities; requiring disclosure of private user data and intellectual property and trade secrets to domestic and foreign competitors; facilitating foreign influence in the United States; and potentially compromising cybersecurity. Of particular interest is the allegation that, while undermining American security interests, this legislation also exempts foreign—including Chinese—firms that do not meet arbitrary user and market capitalizations thresholds, thus allowing foreign and state-backed manufacturers of artificial intelligence, quantum computing, and other strategic technologies to the opportunity to increase domestic and global market share.

U.S. antitrust law is focused on protecting consumers, and is not to be used to choose marketplace “winners and losers.” The Chamber is spot on in its general recommendation: the vigorous government—and I would add private—enforcement of existing antitrust law is needed to protect competition. In addition, it calls for an effective countering of foreign regimes that have weaponized competition law and other legal and regulatory measures as industrial policy to unfairly target U.S. companies. Moreover, the U.S. government should avoid self-inflicting damage on American competitiveness and national security that results from using antitrust policy as a weapon against dynamic and successful U.S. firms, particularly when such legislative proposals actually strengthen the position of Chinese and foreign competitors, without offering any apparent benefit to U.S. consumers and workers.

As an alternative to these antitrust reform legislative proposals, the Chamber offers the following five recommendations:

First, operate on the principle of “do no harm.” Congress should avoid giving license to nations targeting the comparative advantage of U.S. firms which adversely affects its ability to compete effectively against non-market-based and authoritarian regimes.

Third, adopt narrowly tailored responses to well-documented digital economy concerns through targeted regulation, not changing antitrust laws that will target particular companies. The suggested legislative proposals combine companies with distinctly different business models and competitive environments to universally respond to a collection of concerns that are not all appropriate to each of the companies captured. As an example, the Chamber recommends completing legislative work on a federal privacy law.

Fifth, institute regular briefings from the U.S. national security community to Congressional committees on how China’s approach to antitrust, data, standards, technology development, and acquisition policies impacts U.S. competitiveness, innovation, and national security. These briefings should be specifically focused on Congressional committees that do not regularly receive them. Such briefings are critical to helping ensure that legislation is not developed in a vacuum and appropriately considers the broader context of intensifying competition with China.

The Chamber report presents a sound rebuke to proposed legislation with its emphasis on vigorous antitrust enforcement under existing antitrust law. Yet such vigorous antitrust enforcement is also based in the political will to prosecute and is specifically salient as to anti-competitive business behavior at preventing entry—or maintaining a competitive presence—by new tech competitors. New tech platforms also allow for the benefit of increased exercise of contrarian “free speech,” a necessary component for maintaining a healthy American democracy and national security in the twenty-first century. However, the Chamber is noticeably silent on this issue.

Thomas A. Hemphill is David M. French Distinguished professor of strategy, innovation and public policy in the School of Management at the University of Michigan-Flint.