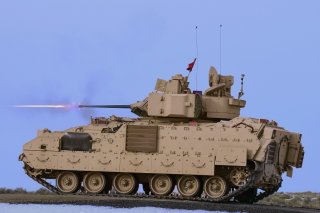 The United States Marine Corps—the United States’ force-in-readiness—is looking to “industry partners” to bring the Live Virtual Constructive-Training Environment (LVC-TE) into service. The LVC-TE is a “software-intensive system” that the Marine Corps hopes to use to “provide enterprise services to execute persistent, consistent, collective training capability” via the connection with “legacy Marine Corps training systems.” The Marine Corps’ goal is to provide support for Marine Expeditionary Forces training and other subordinate units, as explained in a press release.

“The LVC-TE program is a key component of TECOM's modernization efforts for the Marine Corps and conforms to the tenets of the Commandant's Planning Guidance and Force Design 2030,” explained Deputy Commanding General of Marine Corps Training and Education Command BG. Matthew Reid.

“LVC-TE will be the foundational program for the Marine Corps' future simulation-supported training to improve our ability to fight and win our nation's battles.”

Reid also explained that the LVC-TE program would be all-digital and in real-time.

The Marine Corps is no stranger to change and innovation—compared to the other branches of the U.S. military, the Marine Corps has wholeheartedly embraced incredible change.

As part of the Commandant of the Marine Corps’ Force Design 2030—a document that lays out exactly what the Marine Corps must do to pivot away from the grinding land campaigns that defined combat in the Middle East toward a maritime and littoral fight in the Pacific—the Corps has adopted the unofficial mantra of ‘if it doesn’t swim, it sinks.’

To that end, the Marine Corps has divested all of its tank battalions and much of its tube mortars and artillery, as those systems have little chance of succeeding in the maritime domain.

Some Marines seem to have embraced this new digital training regime. “I’ve worked with some of these legacy systems in the past, in the capacity of an end user and planner,” Carlos Cuevas, a former Marine infantry officer, said.

“And the value I see, now being on this end and working at PM TRASYS, is the continued improvement and fidelity of bringing these systems together to operate, plan, execute, and practice tactics, techniques and procedures in a virtual environment. In the past, we were a little ‘siloed’ in the individual systems. But now we will be able to train in an interoperable training environment, allowing units and Marines to face some of these tactical dilemmas on a simulated battlefield before they experience it on the actual battlefield. So that gives me a great deal of enthusiasm and excitement for the capabilities that we're working toward to help the warfighters,” Larson continued.