What Happens to Big Tech if Section 230 Gets Overturned? 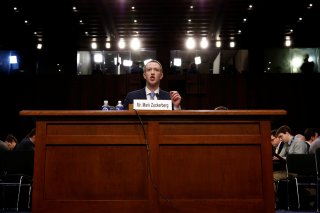 Section 230 of the Communications Decency Act of 1996 has been called the "Internet’s First Amendment." It’s also been called a tool for Big Tech to avoid accountability. Now, the U.S. Supreme Court may decide its fate.

The provision was meant to block internet companies from liability for what users do on their platforms. It was not explicitly meant to refer to social media, as 1996 was the era of AOL and Compuserve, and neither Facebook nor Twitter existed yet. But more recently, Section 230 has been viewed by supporters and foes alike as something that keeps those platforms from liability.

While then-President Donald Trump in late 2020 vetoed a must-pass National Defense Authorization Act bill because he wanted Section 230 repealed, calls for overturning or modifying the provision are not the province of any one political party; the Biden White House has also called for the removal of the section.

Per NBC News, the Supreme Court has agreed to hear a case alleging that YouTube "helped aid and abet the killing of an American woman in the 2015 Islamic State terrorist attacks in Paris.” The court also agreed to hear a different case, brought by Twitter, about “whether the company can be liable under a federal law called the Anti-Terrorism Act.”

What would happen if Section 230 were to be repealed? It would likely cause social media companies to begin moderating content much more aggressively, possibly leading them to remove anything that could potentially cause them liability. This could include everything from incendiary posts by politicians to music videos on YouTube. It’s been alleged that absent Section 230, Twitter probably would have banned Trump years before it did.

Internet activists have argued strongly against any Section 230 repeal, whether it comes from the Supreme Court or Congress.

“The two cases the Supreme Court has agreed to hear both deal with horrific crimes related to terrorism. One case deals specifically with liability around online recommendation algorithms, like those used by YouTube. We’ve written before about how attempting to regulate algorithmic recommendations by changing Section 230 is a dangerous idea. Most legislative attempts to do this will run smack into the First Amendment, which protects platforms’ ability to make editorial decisions,” Evan Greer of the group Fight for the Future said in a statement to the press this week.

“The Supreme Court should leave Section 230 alone. So should Congress. Instead, lawmakers should focus their efforts on enacting privacy legislation strong enough to effectively end the surveillance-driven business model of harmful tech giants like Facebook. The best way to address the harms of algorithmic manipulation without making matters worse is to regulate surveillance, not speech. The Biden administration’s FTC should also do everything in its power to crack down on corporate data harvesting and use of personal data to power harmful and discriminatory algorithms.”