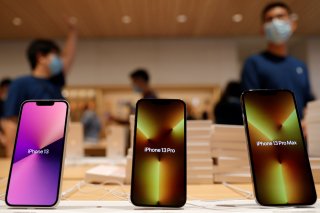 The economic picture had a highly negative effect on smartphone shipments around the world in the second quarter of this year, as such shipments dropped 9 percent in the quarter from the same period last year. That’s according to the latest report from research firm Canalys.

Samsung leads the market with 21 percent of shipments, followed by Apple with 17 percent. But the big story was that Chinese brands struggled, with manufacturing shutdowns in effect. Xiaomi, OPPO, and Vivo came in third, fourth, and fifth, respectively, although their market shares dropped to 14 percent, 10 percent, and 9 percent.

A year ago, the vendors were closer together, with Samsung at 18 percent, Xiaomi at 17 percent, Apple at 14 percent, OPPO at 11 percent, and Vivo at 10 percent.  “Vendors were forced to review their tactics in Q2 as the outlook for the smartphone market became more cautious,” Canalys Research Analyst Runar Bjørhovde said in the announcement.

“Economic headwinds, sluggish demand and inventory pileup have resulted in vendors rapidly reassessing their portfolio strategies for the rest of 2022. The oversupplied mid-range is an exposed segment for vendors to focus on adjusting new launches, as budget-constrained consumers shift their device purchases toward the lower end,” the announcement continued.

CNBC noted that Apple is handling itself well despite the supply chain and inflation worries, with the iPhone 13 continuing to have high demand. The report also looked at industry concerns. “Falling demand is causing great concern for the entire smartphone supply chain,” Canalys Analyst Toby Zhu said in the release. “While component supplies and cost pressures are easing, a few concerns remain within logistics and production, such as some emerging markets’ tightening import laws and customs procedures delaying shipments. In the near term, vendors will look to accelerate sell-through using promotions and offers ahead of new launches during the holiday season to alleviate the channel’s liquidity pressure.”

“But in contrast to last year’s pent-up demand, consumers’ disposable income has been affected by soaring inflation this year. Deep collaboration with channels to monitor the state of inventory and supply will be vital for vendors to identify short-term opportunities while maintaining healthy channel partnerships in the long run.”

Another research firm, Gartner, revised its 2022 mobile phone sales estimates downward last month, predicting they will fall 7.1 percent. "I have taken out about 150 million mobile shipment out of the forecast and what that say to you is the lifetimes (of mobiles) are increasing," Ranjit Atwal, senior director analyst at Gartner, told Reuters in late June. "For every three months people hold on to their phones, around 150 million units get lost."