Why Smaller Countries Must Invest in Independent Satellite Capabilities 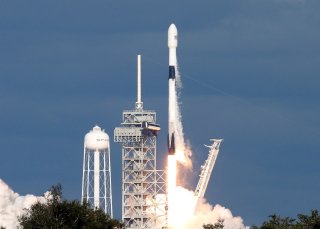 Contrary to popular perceptions, Ukraine has fared quite well in its war against Russia. The government in Kyiv is still standing, and Russian forces have been unable to push forward substantially. Against all odds, the progression of the war so far favors Ukraine. A significant part of Ukraine’s effective resistance rests on its precision airstrikes, courtesy of Turkish Bayraktar TB2 drones, against Russian military targets. Ukraine’s airstrikes and ground operations are made possible by satellite imagery provided by private earth observation companies. Satellite images showing the position and movement of Russian forces and equipment have been instrumental in guiding Ukraine’s defense efforts.

Additionally, these satellites help discern wartime propaganda and misinformation from the  facts on the ground. Ever since the information revolution, disinformation has become an inevitable fact of armed conflict. While news agencies reporting from conflicts have their own biases, empirical and verifiable satellite imagery has been a huge step forward in combating disinformation in war zones. Rita Konaev, a research fellow at Georgetown University, told the BBC last month that satellite imagery "has been an aspect of modern conflict for 10 to 15 years now, but the scale [this time] is different and the accessibility is different," adding that satellite imagery has helped counter misinformation about Russia’s invasion. Using high-resolution eyes in the sky to unearth the truth amid claims and counterclaims has gradually become a common feature of war. For instance, satellite images helped disprove India’s claim to have eliminated high-value targets in the 2019 Balakot airstrikes inside Pakistan.

However, the case of Ukraine does not mean that private satellite companies will remain altruistic in future conflicts with different actors involved. Private satellite companies have been Ukraine’s guardian angels so far, but it would have looked drastically different if Ukraine was a country on “the wrong side of the war.” The reason American companies like Maxar and BlackSky are sharing data with Ukrainian forces is that they believe Russia is the aggressor and want to align themselves with U.S. policy. It is not difficult to imagine a scenario, however, where a country is dependent on private satellite data during a war, but the United States and other Western governments—home to most of the private satellite companies—block firms from sharing information. As seen during the Gulf war, a country blinded in the sky and vulnerable to enemy satellites’ constant surveillance is bound to fail miserably.

Countries facing the threat of war need to have independent and self-sufficient space resources to reduce their dependency in the satellite domain. Even Ukraine, which has been getting significant satellite data from its Western supporters, is deeming the data insufficient. There have been calls for real-time data from synthetic aperture radar satellites, which can penetrate cloud cover and take pictures at night. It is especially important for smaller countries that are embroiled in protracted conflicts with more powerful nations—Pakistan being one of them—to invest in space-related research and development. Speaking at the Islamabad Security Dialogue in 2022, Gen. Qamar Javed Bajwa, Chief of the Army Staff of Pakistan, said that Ukraine’s success against Russia has given smaller countries hope that they can still defend their territory by using smaller, agile forces and carrying out selective equipment modernization. As future warfare will rely on satellites more than ever, adopting this approach would help countries like Pakistan move toward self-reliance in civil and military space technology. As evident from the crippling impact of Western sanctions and targeted export controls on the Russian economy, overreliance on foreign satellite capabilities risks compromising a country’s sovereignty and security.

Akash Shah works as a Research Officer at the Strategic Vision Institute in Islamabad, Pakistan. His work focuses on developments and Militarization in Outer Space.