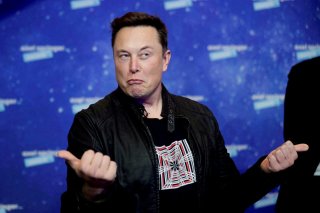 The dispute between Twitter and Elon Musk over who will buy the company got a jolt earlier this week with the news that Musk had written a letter to the company offering to purchase Twitter at the agreed-upon price from the original merger agreement in April.

Was Musk sincere about the offer, or was he merely seeking to postpone the trial, scheduled to take place later this month in Delaware Chancery Court? That question has been much-analyzed in recent days.

CNN reported Thursday that while Musk is “closer” to buying the company now than he has been in recent months, the purchase is not a done deal, nor have the sides agreed to settle their litigation.

Meanwhile, the judge in the case said this week that because no such deal is done, “I, therefore, continue to press on toward our trial set to begin on October 17.”

The CNN report added that Musk has likely reversed himself because he did not believe he could win in court. For months, Musk and his attorneys had claimed that Twitter had misled him about the number of fake accounts, or bots, on the platform.

Musk may have “weighed the considerable inconvenience and arguable misery of his upcoming deposition, and decided enough was enough,” Widener University Delaware Law School associate professor Paul Regan told CNN. “That could also include a sober assessment from his own expert witnesses about the strength of the evidence to support his claim that Twitter significantly underestimated the number of bots or fake accounts.”

Meanwhile, Ars Technica reported Thursday that Twitter is seeking assurances that Musk, in the event of an agreement, does not break the merger agreement again. There is also a distinct possibility that the deal, already approved by Twitter’s shareholders, could close by next week.

Reuters reported this week that two financial institutions backing Musk's Twitter bid, Apollo and Sixth Street, are no longer involved with the deal.

Analyst Daniel Ives wrote to clients about where he sees the deal.

“It’s been a wild twenty-four hours for the Twitter/Musk saga with the deal now green lighted from the Musk camp at the original $44 billion/$54.20 price tag. One slight problem: The Street and Musk are waiting patiently for the Twitter camp now to officially reach an agreement to end their litigation (could come at any time) in Delaware and clear the path for this deal to get inked possibly by next week,” he said in the note. “There is naturally massive distrust between the Musk and Twitter sides given this nightmare soap opera since April, therefore a deeper dive on all scenarios/angles once the lawsuit is removed is clearly being looked at closely by the Twitter legal team.”

“Front and center here could be the condition out of the Musk agreement that the deal closing was pending the receipt of the necessary $12.5 billion debt financing,” the analyst added. “On this point, we have been getting many investor questions on this topic and its important to note that the banks are essentially cemented to this Twitter debt deal and we see no way out despite the very tough debt markets today. The recent Citrix debt deal has clearly made investors nervous, but we do not see this debt situation falling apart and thus giving Musk "a way out" of the Twitter deal with a minimal breakup fee despite the noise.”

So will the merger actually happen? In his Money Stuff newsletter for Bloomberg News, Matt Levine looked at that question.

“Musk has said that he now wants to close the merger on the original terms, and Twitter obviously wants that too,” Levine wrote. "There are some much-too-cute ways that this can end without that happening (mainly: He could be kidding, or his financing could fall through), and this whole thing has been much too cute and surprised me pretty constantly, so I wouldn’t rule anything out. But probably they will close the merger pretty soon.”

“The deal has gotten the necessary shareholder and regulatory approvals, and Musk’s banks haven’t said anything publicly about the financing falling through. Still, you have to do the closing. That’s not nothing. The deal lawyers for Musk and Twitter—not the litigators who have been fighting each other for months, but the people who wrote the merger agreement back in April when they were friends, and who probably haven’t spoken to each other in a while—have to work together on a checklist of documents to sign, filings to make and wire transfers to send. Musk has to wire $33.5 billion of his own money, which presumably is not all in his checking account right now, so he might need some time to put it in the right accounts.”