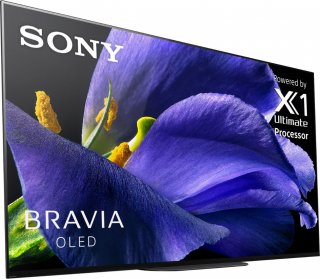 Even today, there still seems to be some confusion about the major differences between 1080i and 1080p.

If you’re still confused, then let’s dig even deeper. Starting with the abbreviations, 1080p is short for 1080 progressive scan, while 1080i is the shorter form for 1080 interlaced scan.

The significant difference between these two particular formats is how they’re displayed on a TV screen. In an interlaced scan, the image is displayed by illuminating odd and even pixel rows in an alternating manner.

Know that you won’t be able to physically see any of this, as the TV does this very rapidly—each field flashes thirty times per second. What you do see is what you would expect: a fully assembled image on the screen.

With the progressive scan, though, like the name, it scans every row of pixels progressively. By refreshing every row on the screen sixty times per second, it is harder to pull off, which could equate to being more “technologically advanced.”

The general consensus, however, is that progressive scan often produces better images compared to those produced with the interlaced scan.

You would, though, need to have pretty remarkable eyesight to see the differences in your everyday TV programming. It might become more apparent during movie scenes with intense action or a fast-paced sports game.

And keep in mind that because our TV world is generally based around 60Hz, and because there’s a set finite limit to how much resolution could be transmitted over the air due to bandwidth and MPEG compression, the two main HDTV resolutions readily available are 1080i and 720p.

It is also worth noting that most HDTVs around today boast the ability to de-interlace 1080i video signals so that they can look exactly like 1080p. And know that thirty frames per second will work on TVs designed for sixty without any issues, as modern video processing can pull it all together. This means that you really shouldn’t worry too much about this difference on your next venture to Best Buy in a search of that perfect HDTV.

Here is the bottom line: While 1080i and 1080p have the same number of pixels, they do have different frame rates and one is interlaced. But the truth is that other than PC games, there really isn’t any available “real” 1080p content. They are either 1080i content, which is de-interlaced by your TV, 1080p/24 content from Blu-ray, or upconverted content from console games.