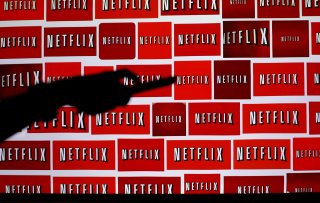 As we’ve witnessed throughout the past few years, the exciting horror genre has continued to evolve.

For the most part, with a larger range of offerings that can appeal to diverse sensibilities, this particular genre even has more room for robust growth. And with the rise of streaming platforms like Netflix taking the reins, consumers now have access to hundreds of films with a touch of a button.

Wading through so many films can be at times a bit daunting, so to help you whittle down your what-to-watch list on Netflix, here are five to strongly consider.

Gerald’s Game is your worst nightmare coming true. Starring Carla Gugino and Bruce Greenwood, the film starts innocently enough, but once they try to put a little spice back into their marriage, the husband suddenly dies of a heart attack on top of the wife, who is still handcuffed to the bed. The wife must find a way to get free if she wants to survive.

The Ritual takes creepiness to the next level. The plot centers on a group of former college friends who plan to go away on a nice vacation. Once there, they must confront creatures and endure psychological journeys that can be deadly. It’s definitely not the run-of-the-mill horror flick, and it will keep you guessing till the very end.

Based on Stephen King’s novella, 1922 is about a man’s confession of his wife’s murder. After the husband buries her body, he himself becomes terrorized by what he thinks is his dead wife. The film struggles a bit with pacing, but it does a great job in keeping you on the edge of your seat. There’s always that uneasiness of simmering tension, and you don’t know when that will break.

If you want to immerse yourself in an epic South Korean zombie story, look no further than Train to Busan. By setting most of the film’s action on a train, it really puts a new twist on the familiar zombie genre. The characters are likeable and, most importantly, have depth, which is often lacking in similar flicks. It’s indeed thrilling and action-packed—and obviously, there’s plenty of chomping on human flesh.

Creep is lean and simple but imparts a unique take on the horror genre. The film centers around a character who responds to an online job ad. Excited to make a grand filming for the day, he heads up to a cabin in a remote mountain town. The man who placed the ad, played by Mark Duplass, seems genuine at first, but things eventually take a turn for the worse.