87 Percent of American Households Have Internet Service at Home 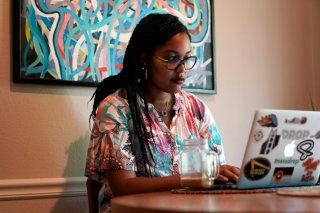 The survey found that the majority of such subscribers are happy with the service they receive.

“The percentage of households getting an Internet service at home, including high-speed broadband, continued to increase over the past year, and is now higher than in any previous year,”  Bruce Leichtman, president and principal analyst for Leichtman Research Group, Inc., said in the release.  “Broadband subscribers generally remain satisfied with their service, with 60% reporting that they are very satisfied, compared to 57% in 2016.”

Leichtman Research Group is the same firm that releases quarterly reports about how many subscribers the major pay-TV providers have gained or lost. In the most recent quarter, the third quarter of 2021, the providers lost a net of about 650,000. This leaves them with a total of around 77 million subscribers.

Top cable providers lost a total of 700,000 video subscribers, while the “other” category, consisting of satellite and telco companies, lost 635,000. The vMVPD category actually gained 680,000 subscribers in the quarter, although the gains were smaller than those of the same quarter the year before.

“While Pay-TV net losses in the quarter increased from last year’s third quarter, annual net losses were relatively similar to a year ago,” Leichtman said in that release. “Over the past year, top pay-TV providers had a net loss of about 5,100,000 subscribers, compared to a loss of about 4,820,000 over the prior year.”

On the vMVPD side, all three major services gained subscribers, with Hulu+ Live TV gaining 300,000 subscribers, Sling TV gained 117,000 and Fubo TV gained over 262,000. YouTube TV, as is usually the case, did not release subscriber figures for the quarter.

These figures are drawn from the companies’ public earnings reports, and the figures for the fourth quarter will arrive at some time in January of 2022.