Accidental Discovery Eliminates Parkinson’s Disease in Mice. What About Humans? 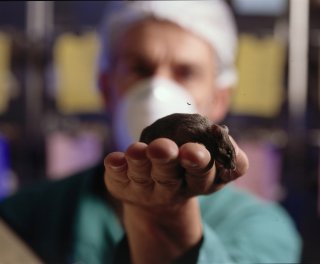 When researchers at the University of California in San Diego began studying the specific roles of proteins in connective cells, they never could have predicted where they would end up.

From their study’s findings, they potentially found a new groundbreaking therapeutic approach for Parkinson’s disease and other neurodegenerative conditions.

For decades, Xiang-Dong Fu, the lead author of this particular study that was published in the journal Nature, and his team studied a protein called PTB, which is known for binding RNA and influencing which genes are turned “on” or “off.”

Several years ago, one researcher working in Fu’s lab utilized a technique called siRNA to silence the PTB gene in connective tissue cells, known as fibroblasts. This, however, is a painstakingly long process, and the researcher convinced Fu that they should use a different approach.

Then after a couple of weeks, the team noticed something very odd—only a few fibroblasts were left. Almost the entire dish was instead filled with neurons. The researchers eventually discovered that inhibiting or deleting just a single gene that encodes PTB, transforms several types of cells in mice into neurons.

Just a single treatment to inhibit PTB in mice converted native astrocytes, star-shaped support cells of the brain, into neurons that produce the neurotransmitter dopamine. Because of this, symptoms of Parkinson’s disease in the mice fully disappeared.

“Researchers around the world have tried many ways to generate neurons in the lab, using stem cells and other means, so we can study them better, as well as to use them to replace lost neurons in neurodegenerative diseases,” Fu, who is a professor in the Department of Cellular and Molecular Medicine at UC San Diego School of Medicine, said in a release.

“The fact we could produce so many neurons in such a relatively easy way came as a big surprise.”

Parkinson’s disease can become apparent when neurons, or nerve cells, that produce the chemical messenger dopamine die off. When about 80% of the dopamine is lost, patients typically suffer from tremors, slow movement and loss of balance. In the U.S., nearly 1 million people have the disease.

In the treated mice, a small subset of astrocytes converted to neurons, increasing the number of neurons by about 30 percent. Dopamine levels were also restored to a level comparable to that of normal mice. Furthermore, the new neurons grew and sent their processes into other parts of the brain.

The team found that after a single treatment, the mice were able to return to normal within three months. Even more promising was that they were completely free from Parkinson’s disease symptoms for the rest of their lives.

“I was stunned at what I saw,” the study’s co-author William Mobley, a professor of neurosciences at UC San Diego School of Medicine, said in a release.

“This whole new strategy for treating neurodegeneration gives hope that it may be possible to help even those with advanced disease.”