Advisory Firm Urges Tesla Shareholders to Oust Musk From Board 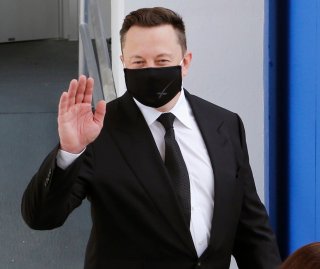 Tesla‘s stock may have hit an all-time high, trading at $1,113 as of Wednesday morning, while the company’s market cap is up to over $200 billion, making it the most valuable car company in the world.

However, one firm that advises shareholders is calling for the firm to remove CEO Elon Musk from the company’s board, due to the potential exposure to lawsuits.

According to The Guardian, PIRC (Pensions & Investment Research Consultants), an advisory firm that advises the local authority pension funds in the U.K., cited both Musk’s behavior on Twitter and his large bonus deal.

“The board, including CEO Elon Musk, awarded themselves excessive compensation packages over a three-year period that allegedly allowed directors to ‘enrich themselves at the company’s expense,’” Pirc said, per the newspaper.

The Twitter behavior was a reference both to Musk’s claim, 2018, that he was taking the company private, which led to SEC charges and Musk agreeing to pay a $20 million settlement, as well as the episode last year in which Musk referred to a Thai cave rescuer as a “pedo.” The latter episode, however, did not result in monetary damages. Pirc also cited controversial tweets Musk has made in relation to the coronavirus pandemic.

PIRC has also called for Robyn Denholm to step down as the company’s board chair.

PIRC’s website describes it as “a globally recognised independent expert in corporate governance. From a foundation of critical and comprehensive data, research and analysis, PIRC’s services for asset owners and asset managers focus on capital stewardship for the long term investor. The maintenance of company capital, the effective exercise of shareowner rights and an active engagement in capital market reform are at the heart of the PIRC perspective.”

It should be noted that while PIRC is influential, the firm is not actively mounting a hostile takeover against Musk, nor would any effort be likely to succeed, considering the company’s recent financial performance.

Meanwhile, analyst Daniel Ives of Wedbush, in a note Wednesday, maintained his “Neutral” rating and $1,000 price target for Tesla (the note did not mention the PIRC effort).

“We have seen a strong bounce back in deliveries across the U.S. over the past few weeks in the month of June as the lockdown has started to ease with a similar dynamic also seen across Europe and represents some positive tea leaves for the bulls,” the note said. “The clear standout this quarter is the massive underlying demand coming out of China as we have seen demand surge in China for Model 3’s in this key region with Giga 3 firing on all cylinders despite the softness seen earlier in April.”

Other analysts, including Daniel Levy of Credit Suisse, also had positive Tesla news.