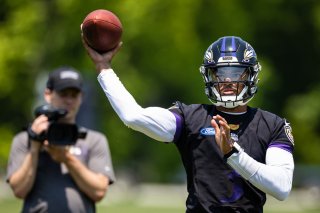 For much of the last thirty years, watching the majority of local and national sports broadcasts has required having access to cable or other traditional pay-TV. Those who have quit cable in favor of streaming services have often lost access to regional sports channels, as well as channels like ESPN, TNT, and others that show lots of national sports.

The rise of vMVPDs like Hulu + Live TV and YouTube TV have made this a bit easier for cord-cutting sports fans, with those services allowing sports fans to keep the cable channels that show national sports and, in some cities, regional sports networks. However, the former Fox Sports regional networks, which are now called Bally’s Sports, are now no longer available on Hulu or YouTube TV, due to a carriage dispute. This has prevented cord-cutters in several major markets from being able to watch their favorite teams this year.

But now, there is talk about something that will change that equation once again.

According to TechHive’s Cord Cutter Confidential, the Sinclair-owned Bally’s networks may soon launch streaming services, with a suggested price point of $23 per month. The target is to launch the networks in time for the Major League Baseball season in 2022, which will begin next April.

This plan, however, has not been officially announced, and it’s unclear how it doing so would work with the TV providers that are already in business with the networks, as well as the sports franchises. Sports Business Journal reported last week that two TV distributors are not on board with Sinclair’s streaming plan, with executives even threatening to drop the sports network if the streaming service plan were to go forward. Dish Network dropped those regional sports networks in 2019, and never got them back.

Sinclair’s CEO has said in the past that distributors are, in fact, on board with the plan.

Many sports teams have lucrative deals with cable networks for local TV rights; those agreements are often in place for ten or more years, and those deals are very important to the economics of the sports business.

Meanwhile, national TV deals have begun to offer more of a streaming component. As pointed out by TechHive, the recent TV deal agreed to by the NHL with ESPN has included numerous games being streamed on Hulu and ESPN+. The most recent NFL TV deal has also included more streaming of games than ever before, including an exclusive deal for Amazon to stream Thursday Night Football games.