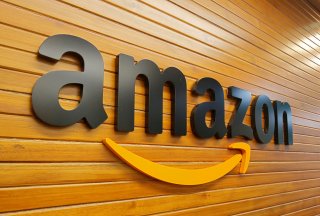 Amazon, it’s been much said, has been a financial beneficiary of the pandemic economy, with traditional retail waning and customers depending on Amazon deliveries while stuck at home. Indeed, Amazon’s stock has surged for much of the year, jumping from $1,906 a share on January 1 to $3,194 today. The company has posted blockbuster earnings the last three quarters, and third-party sellers reportedly pulled in $3.5 billion from the recent Prime Day event. And Amazon’s founder and CEO, Jeff Bezos, reportedly became the first person to reach a net worth of $200 billion, in late August.

However, Amazon has seen a decline in one metric—that of the American Customer Satisfaction Index (ACSI), which measures customer satisfaction with major retailers.

While Amazon has a customer service score of seventy-seven, which ties it with Staples, Best Buy, Target, eBay and Macy’s among Internet retailers, Amazon’s score has fallen by 7 percent since the survey was last taken, in the pre-pandemic days of February.  The new survey was taken of nearly thirty-one thousand customers, between April 1 and September 30.

The highest-scoring internet retailers were Costco, Etsy and Nordstrom, with eighty, although all three saw their scores drop since the previous survey. Kohl’s and Newegg are second with seventy-nine, while Nike and the HP Store are at seventy-eight. All of those, too, saw their scores drop this year. In fact, of the one hundred major retailers, 75 percent of them saw a decline in their score since the start of the pandemic.

In the specialty retail category, L Brands was first with a score of 81, with Sephora and Ulta Beauty second. And in the department and discount store category, Costco was first with 81, although that, too represented a drop from the previous number of eighty-three. In that category, Kohl’s, Nordstrom’s, Dillard’s, Belk and Sam’s Club were in a five-way tie for second place, with a score of seventy-nine.

For supermarkets, Trader Joe’s and Wegman’s tied for first place at eight-four.

“From the onset of COVID-19, consumer expectations of retailers took a massive hit,” David VanAmburg, Managing Director at the ACSI, said in the release.

“Customers braced for delayed packages, empty grocery store shelves, and hard-to-find name brands. Of course, just because they expected this, doesn’t mean they were thrilled about it. As customer satisfaction slips, retailers must adapt to the new market. It’s clear they have their work cut out for them.”