Amazon Prime Killer? How Is Walmart+ Doing So Far? Tough to Say. 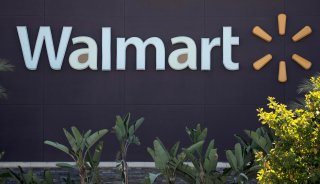 Back in September, following a few months of pandemic-related delays, Walmart finally unveiled Walmart+, the retail giant’s answer to Amazon Prime. The subscription service does not offer everything that Amazon Prime does, but it does offer fuel discounts, free delivery, “scan and go” with the Walmart app, and more, for a lower price point—$98 a year or $12.95 a month.

“We are a company committed to meeting our customers’ needs,” Janey Whiteside, the chief customer officer for Walmart, said at the launch of the Walmart+ service.

“Customers know they can trust us and depend on us, and we’ve designed this program as the ultimate life hack for them. Walmart+ will bring together a comprehensive set of benefits where we see the greatest needs from our customers and where our scale can bring solutions at an unprecedented value.”

How is Walmart+ doing so far? That remains unclear. When it announced quarterly earnings in November, Walmart did not share a number of subscribers for the new service. However, the company’s earnings call did address several questions about Walmart’s strategy for the service.

In December, meanwhile, Walmart announced that it was dropping the requirement for a $35 minimum purchase for free next-day and two-day shipping on online orders, although that limit remains in place for same-day delivery.

“Removing the minimum will help Walmart add new customers without a doubt,”  Mark Ryski, the CEO of HeadCount Corporation, wrote in December.

“The battle for consumers is a slugfest and the removal of the minimum order is part of this. This latest move will create even further distance between Walmart, Amazon, Target and virtually everyone else.”

An analysis, also in December, found that while consumers like Walmart+, it doesn’t pose any type of imminent danger to incumbent Amazon.

Per Barrons, Gordon Haskett analyst Chuck Grom conducted a survey of five hundred households and found that 30 percent of respondents had signed up for Walmart’s service and that 70 percent of those were “very satisfied” with it.

However, among those who don’t have Walmart+, the number one reason given was that the respondents already have Amazon Prime memberships.

“All told, the team seemed upbeat on the prospects for Walmart+ and our survey work certainly tilts more positive, but we continue to be worried that today’s consumer—who is inundated with membership programs, particularly relative to a few years ago—could be subject to membership fatigue or saturation and will continue to monitor our survey for signs accordingly,” Grom wrote in the report.