Another Tesla Autopilot Horror Story, This Time in Florida 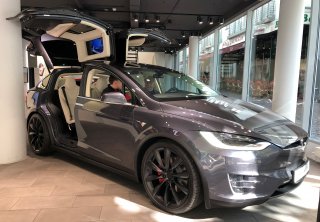 Tesla’s Autopilot feature is often the source of some very strange news stories.

Back in May, a California man was arrested for literal backseat driving. The man was reportedly in the backseat of the Tesla, which was in Autopilot, as it crossed the San Francisco-Oakland Bay Bridge, and the man reportedly moved from the back seat to the front while the car was moving. The man in that incident was arrested on two counts of reckless driving and disobeying a Peace Officer.

In September 2020, a Canadian Tesla owner was arrested after not only sitting in the backseat of his moving car, but for doing so while asleep, along with a companion. The car even accelerated during the subsequent police chase, The Verge reported at the time.

“Although manufacturers of new vehicles have built-in safeguards to prevent drivers from taking advantage of the new safety systems in vehicles, those systems are just that—supplemental safety systems,” Superintendent Gary Graham of Alberta RCMP Traffic Services said in a statement at the time of the Canadian arrest. “They are not self-driving systems, they still come with the responsibility of driving.”

Now, there has been another story involving misadventures using Autopilot.

The Associated Press reported this week that a Tesla on Autopilot “slammed into a Florida Highway Patrol cruiser” on a highway near Orlando, Florida last weekend. The police cruiser was parked, after the driver pulled over to assist the driver of a disabled vehicle.

Both the driver of the Tesla and that of the disabled vehicle suffered what were described as minor injuries, but the officer was not hurt.

The story also noted that the federal government had launched a formal investigation into the Autopilot system. The Associated Pressr noted that there have been “11 crashes since 2018 in which Teslas on autopilot or cruise control have hit vehicles where first responders have used flashing lights, flares, an illuminated arrow board or cones warning of hazards.”

That investigation began in August, Consumer Reports said at the time.

“The National Highway Traffic Safety Administration’s probe will examine how Tesla’s Autopilot system operates, including how it identifies and reacts to obstacles in the road. But the agency is also evaluating how Autopilot assists and monitors drivers, and how it keeps them engaged with the task of operating the vehicle,” CR said in August.

“These types of systems are not yet capable of detecting every kind of unexpected situation and preventing a crash,” Jake Fisher, senior director of auto testing at Consumer Reports, said in August. “So for the foreseeable future, the systems will need to make sure the driver is engaged.”