Apple’s ‘Major Announcement’ Is Not a New iPhone 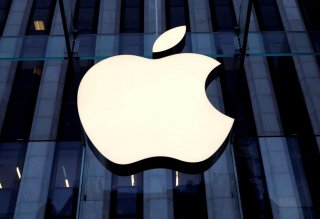 Apple, earlier this week, had teased what it described as a “major announcement,” one that was not related to any type of product.

On Wednesday, that announcement came: Apple announced a series of projects related to its Racial Equity and Justice Initiative, which the company announced last year following the killing of George Floyd.

Apple had made a commitment of $100 million, in order to “help dismantle systemic barriers to opportunity and combat injustices faced by communities of color.” Now, it has announced some specific projects that will be supporting.

Apple will be supporting the Propel Center, which it described as “a first-of-its-kind global innovation and learning hub for Historically Black Colleges and Universities (HBCUs.)” The company will also launch an Apple Developer Academy in Detroit, as well as what it described as “venture capital funding for Black and Brown entrepreneurs.”

“We are all accountable to the urgent work of building a more just, more equitable world—and these new projects send a clear signal of Apple’s enduring commitment,” Tim Cook, Apple’s CEO, said in the announcement, which was accompanied by an appearance on CBS This Morning.

“We’re launching REJI’s latest initiatives with partners across a broad range of industries and backgrounds—from students to teachers, developers to entrepreneurs, and community organizers to justice advocates—working together to empower communities that have borne the brunt of racism and discrimination for far too long. We are honored to help bring this vision to bear, and to match our words and actions to the values of equity and inclusion we have always prized at Apple.”

In that CBS This Morning interview, CEO Tim Cook also talked about last week’s Capitol insurrection, and President Trump’s role in it, while also discussing Apple’s decision to remove the controversial social media app Parler from the App Store.

“I think it’s key that people be held accountable for it, this is not something that should skate, this is something that we’ve got to be very serious about, and understand, and we need to move forward,” Cook said in the interview, which he did remotely from Apple Park.

“I think no one is above the law,” Cook added. Cook has generally enjoyed a more cordial relationship with Trump, throughout his presidency, than most top tech CEOs have, with the president at one point dubbing him “Tim Apple.” But Trump was criticized for falsely stating, at an event at a plant in Texas in 2019, that the plant had been opened by Apple on his watch. The plant was in fact several years old and was owned by an Apple supplier, not by Apple itself.

Apple’s announcement came during International CES, although Apple hasn’t participated as an exhibitor in that show in many years.