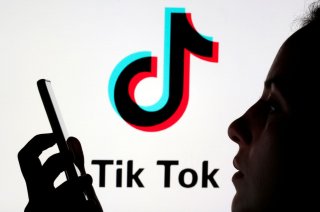 Following a bizarre weekend in which President Donald Trump threatened to ban TikTok in the United States, before Microsoft emerged as a likely bidder for the controversial social media company’s U.S. operations, another contender was said to have emerged: Apple.

Axios reported Tuesday morning in its Pro Rata newsletter that “multiple sources tell me that Apple has expressed interest.” However, the same newsletter later quoted an Apple spokesperson as stating that “there are no discussions about buying TikTok and the company isn’t interested.” The original report had been clear that the sources weren’t from inside Apple.

Apple repeated its denial to other outlets in tech media, including The Verge.

The Axios report also stated that private equity firms have also expressed interest in an acquisition of TikTok and that current TikTok parent company Bytedance was clearly hoping for multiple suitors, in order to drive up the price.

Following the back-and-forth that lasted the weekend, Microsoft announced in a blog post on Sunday night that it was indeed looking to purchase TikTok’s U.S. operations, and that it hoped to close the deal by September 15.

The current controversy began in early July when Secretary of State Mike Pompeo appeared on Laura Ingraham’s Fox News show and was asked why the government doesn’t ban TikTok. Pompeo confirmed that the administration was “looking at” doing just that. Over the weekend, the president said first that the administration was going to force a sale of TikTok’s U.S. operations, and then that he would take executive action to ban the app, possibly as soon as Saturday. The app remains available as of this writing.

The president, Axios said, has also implied that the U.S. Treasury would need to receive a percentage of the purchase price in any deal to sell TikTok. Primack, the newsletter author, described that idea as “akin to extortion” and “what you’d expect to hear on a wiretap, not from the White House to reporters.”

Charlie Gasparino of Fox Business, meanwhile, tweeted Monday that “a White House war” remains in effect over what to do with TikTok, with such hardliners as trade advisor Peter Navarro and speechwriter Stephen Miller pushing for an outright ban, while the likes of Pompeo and Treasury Secretary Steven Mnuchin were more inclined to compromise.