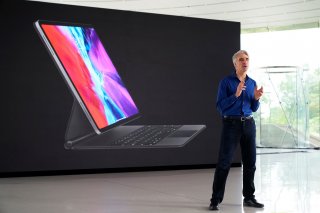 During the keynote, Apple officially announced that, as was reported last week, it will be replacing the Intel chips in its Mac computers with what it calls "Apple Silicon." Apple had been using Intel chips ever since Steve Jobs announced a switch from PowerPC chips in 2005.

The transition will take about two years, Tim Cook said on the keynote, although the first "Apple Silicon" models will arrive by the end of this year.

“From the beginning, the Mac has always embraced big changes to stay at the forefront of personal computing. Today we’re announcing our transition to Apple silicon, making this a historic day for the Mac,” Cook said in a statement. “With its powerful features and industry-leading performance, Apple silicon will make the Mac stronger and more capable than ever. I’ve never been more excited about the future of the Mac.”

Apple also announced the arrival of a new macOS version, which in keeping with the naming convention of places in California, is called Mac OS Big Sur.

Earlier in the keynote, Apple announced iOS 14, which represents the biggest change to the look of iOS in several years. The new version includes both a new way to present widgets, and the "App Library," a way to group apps together on a single screen.

“iOS 14 transforms the most iconic elements of the iPhone experience, starting with the biggest update we’ve ever made to the Home Screen,”  Federighi said in a statement “With beautifully redesigned widgets on the Home Screen, the App Library that automatically organizes all of your apps, and App Clips that are fast and easy to discover, iPhone becomes even more powerful and easier to use.”

iOS is likely to arrive whenever this year's iPhones do; the keynote did not offer clues as to the timing of the launch.

Also at the event, Apple announced a change in the look of Messages, the addition of cycling directions to Apple Maps, and updated versions of the iPad and watchOS software. The watchOS software, in a sign of the times, now includes a 20-second countdown timer for hand-washing.