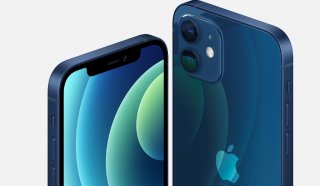 As expected, Apple on Tuesday at its "Hi, Speed" event unveiled the first four 5G iPhones, while also debuting a new HomePod speaker, the HomePod Mini.

All four of the new iPhones, as expected, offer 5G capability and OLED screens, and also include both a stronger-than-ever Ceramic Shield glass cover, and MagLite capability, which allows for magnetic charging accessories.

In something of a surprise, all four new iPhones will support the mmWave version of 5G; there had been speculation that only some of them would.

The Pro models offer such features as HDR Video and Dolby Vision recording, and also a stainless steel design and a LIDAR sensor. In addition to advanced cameras across the board, the Pro phones offer a triple-camera system.

"This is a huge leap for iPhone, bringing the best 5G experience in the market and delivering our most advanced technologies to users who want the absolute most from their iPhone,” Greg Joswiak, Apple’s senior vice president of Worldwide Marketing, said in a statement, in regards to the iPhone 12 line. “Each generation of iPhone has changed what we expect from a smartphone, and now with 5G, iPhone 12 Pro provides a new generation of performance."

Apple confirmed during the event that it will no longer offer headphones or a charger in the box with the iPhone, which it pitched as an environmental consideration.

In addition, Apple announced the HomePod Mini, a smaller and cheaper version of its HomePod speaker that will sell for $99.

“HomePod mini has everything customers want in a smart speaker — amazing sound for listening to music, a world-class intelligent assistant that delivers a personal experience to each member of the household, and like every Apple product, it’s designed with privacy and security in mind,”  Bob Borchers, Apple’s vice president of Worldwide Product Marketing, said in the announcement.

“HomePod mini is the ultimate smart speaker for anyone with an Apple device. It works effortlessly with iPhone to hand off music, answer calls, or deliver personalized listening suggestions, elevates the sound from Apple TV, plays music from a Mac, and so much more.