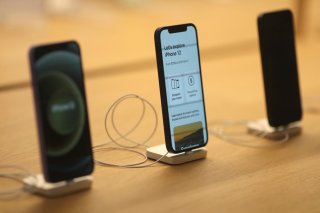 Apple announced earlier this week that it will hold its first event of the fall, titled California Streaming, on the afternoon of September 14.

The event is set for 1 p.m. that day and can be viewed both on apple.com and on the Apple TV app. A brief video, tweeted this week by Apple’s Greg Joswiak, features the camera swinging around the company’s headquarters, Apple Park, before pivoting towards an unidentified stream.

While nothing official has been announced, it is expected the event will feature the unveiling of this year’s iPhone lineup. Apple had held three events in the fall in 2020 - in September, October, and November- and the first one actually did not feature the then-new iPhones, which weren’t unveiled until October. However, the iPhones arrived later than usual in 2020, due to coronavirus-related supply chain issues.

Last year’s September event featured new Apple Watches and an iPad Air. The October event, in addition to iPhones, featured the unveiling of the HomePod Mini, while the November event included the M1 Apple Silicon chip and the first computers to offer it.

The pandemic has meant that Apple, and other tech companies, no longer have to hold their events live and are able to prerecord elements of them, giving such events a different level of visual flair. Apple had another event in April of this year—featuring new iPads, Macs, and the new Airbags—and then the virtual WWDC, which took place in June.

Analyst Daniel K. Ives of Wedbush Securities wrote in an August note that he sees huge demand for this year’s cycle of iPhones. He predicted a “build” of between 130 million and 150 million of the devices in this cycle.

“From a timing perspective, we believe the current iPhone 13 launch is slated for the third week in September,” Ives wrote in the note. “Asia supply chain builds for iPhone 13 are currently still in the ~90 million unit range compared to our initial iPhone 12 reads at 80 million units (pre-COVID) and represents a ~10%+ increase [year over year] out of the gates.”

“With roughly 20 percent of upgrades anticipated out of China, we are continuing to see robust demand in this key region which bodes well heading into the iPhone 13 upgrade cycle,” Ives added in the note. “In a nutshell on the iPhone front, we believe the robust consumer product cycle continues globally for Cook & Co. especially with today roughly 250 million of the current 975 million iPhones not upgrading their smartphones in over 3.5 years based on our analysis, speaking to massive pent up demand within Apple's installed base.”