Apple Is the King of Wearable Bands (Apple Watch Rules) 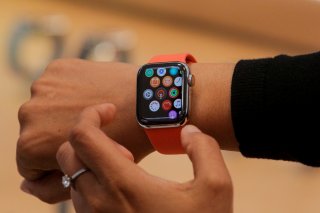 While shipments of wearable bands grew 10 percent in the second quarter of 2020, the value remained flat, as average selling prices dropped. That’s according to numbers released this week by the research firm Canalys, in the Canalys Wearable Band Market Pulse: Q2 2020. The survey looked at the North American market only.

In the wearable band category, which includes smartwatches, fitness trackers, and more, Apple led the category in the second quarter with 3.2 million shipments, and a 37.6 percent market share. Fitbit was second, with 1.6 million shipments and 19.3 percent of the market. The next three—Garmin, Samsung, and Verizon Wireless—were all in the single digits in the quarter.

Apple, per Canalys, outshipped the three next-leading smartwatch brands—Fitbit, Garmin, and Samsung—by a factor of seven to one. This matches a recent report by Counterpoint Research that looked at the smartwatch category specifically, as opposed to the broader wearable band category, and found that Apple holds more than 50 percent of the global market in that category. Apple, Counterpoint said in the report, “continued to dominate the smartwatch market both in volume and value.”

“The surge in basic bands offset the United States’ third consecutive quarter of smartwatch decline, triggered by the clearing-out of channel inventory as Samsung and Fitbit prepared August releases,” the Canalys report said.

A report earlier this week by Bloomberg News stated that Apple is likely to introduce two Apple Watch models. One will be the Apple Watch Series 6, which was already expected, and the other a lower-end model that will compete with the Fitbit and other lower-cost wearables.

“Americans invested heavily in sub-US$50 trackers during the pandemic to stay accountable for the greater amount of time spent at home. Amazon’s Q3 introduction of the Halo tracker was timely, following two back-to-back quarters of strong activity tracker sales,” Vincent Thielke, an analyst with Canalys, said in the announcement of the numbers.