Apple Rules: 86 Percent of Teens Own an iPhone 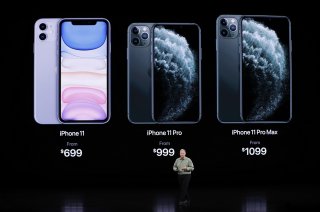 The latest version of a semi-annual survey of teenagers shows that 86 percent of teens own an iPhone, while 89 percent of those surveyed expect their next phone to be from Apple, both of which are all-time highs.

Those and other insights were gleaned from the latest edition of Taking Stock With Teens, a periodic survey conducted by Piper Sandler. The survey collected the opinions of ninety-eight hundred teens, which provided a look at teenagers’ spending habits, as well as how they view the world, in the age of the pandemic.

Piper Sandler, the investment bank and institutional securities firm that conducted the survey for the fortieth time in twenty years, found that teens reported spending less money than at any other time during the survey. This may be significant because, according to the firm, Generation Z “contributes approximately $830 billion to U.S. retail sales annually.”

When they do spend money, the teens’ responses indicate that they spend 10 percent of the total wallet share on video games, which is the most ever. And with new versions of the Xbox and PlayStation coming this fall, 63 percent of those surveyed expect to buy a next-generation console. Food and clothing, though, tied for the highest amount of spending among those surveyed in terms of spending.

In terms of home entertainment, the cord-cutting trend appears to have hit teens especially, with 34 percent of video consumption for the demographic spent on Netflix, 32 percent on YouTube, and just 9 percent on cable. In terms of social media, Snapchat remains the most popular social network among the teen cohort, with TikTok overtaking Instagram to take the second spot.

The teens’ favorite restaurant is Chik-fil-A, followed by Starbucks, Chipotle, Dunkin’ Donuts and McDonalds, while their favorite celebrity is Kevin Hart, with Lebron James and Harry Styles tied for second and Adam Sandler and Dwayne “The Rock” Johnson rounding out the top five.

In terms of social causes, while the survey didn’t ask their choice for president, teens rate racial equality as the top choice, followed by the environment, Black Lives Matter, “2020 election/voting” and the coronavirus pandemic.

And speaking of coronavirus, 8 percent of the teens say that either themselves or an immediate family member has been diagnosed with the virus, while 76 percent of teens say they either went back to school in hybrid format or entirely virtually.

“While we are not surprised that overall teen spending was down again given the economic backdrop, we are seeing wallet share priorities change including increased share for video games & furniture/room accessories and decreased share for food & concerts/events,” Erinn Murphy, Piper Sandler senior research analyst, said in the announcement.