Apple Stores (Some Shuttered More Than Once) Set to Reopen 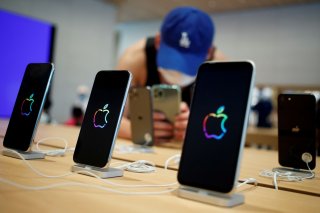 It’s been quite a roller coaster, throughout 2020, for Apple Stores.

Apple announced on March 13 that it was closing all of its Apple Store locations in the United States, due to the coronavirus pandemic. In May, the company re-opened the stores in six states, but kept most of the rest of them closed.

At the end of that month and in early June, looting was reported at numerous Apple Stores around the country following the protests after the killing of George Floyd in Minneapolis; some of those stores had reopened by then but others had not. Later, more than 100 Apple Stores re-closed, following a new spike in coronavirus cases in several areas of the country this summer. More looting at Apple Stores has taken place during subsequent unrest, including in Brooklyn and in Chicago.

Now, a new report says a big reopening of Apple Stores is on the way.

Bloomberg News reported Monday that Apple “plans to start reopening U.S. retail stores that had been closed over the past several weeks due to local Covid-19 spikes.” The report was attributed to “people with knowledge of the matter.” The report did not state exactly which stores will be reopening as a result of the decision.

A small number of the stores will reopen by the end of this month, operating on an appointment-only basis for “the immediate future,” and the stores will follow all local rules when it comes to social distancing and limits on how many customers can be in the store at any given time. Retail employees, most of whom were reassigned to remote roles when the stores closed, were informed this week about the re-openings, the report said.

The reopening of stores will come prior to the expected arrival of new products from Apple this fall, starting with the likely debut of four new iPhones, all of which are expected to offer 5G capability for the first time. Apple has indicated that this year’s iPhones will likely arrive in October. A new Apple Watch is also expected to be available this fall, and possibly new iPads as well.

Another report this week found that Apple now has more than 50% market share worldwide in smartwatches. Counterpoint Research found that while Apple led in market share a year ago, its worldwide share was under 50% in 2019.

After it announced a quarter in which it posted revenue of $59.7 billion, an 11% increase over the same time the year before despite the pandemic, Apple recently crossed the $2 trillion valuation threshold, around two years after it crossed $1 trillion.