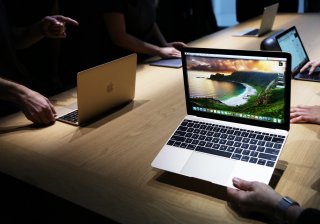 Although it has gotten better over the last few years, plenty of users still want better battery life on their MacBooks.

Apple is tackling this issue by introducing a new feature called “Battery health management” in most modern MacBooks. It will be available in MacOS Catalina 10.15.5, first appearing in a dev build, then public beta of 10.15.5 and finally being released to the public later this year.

According to Apple, “Battery health management” will have the ability to comprehensively monitor a MacBook’s historical charging patterns and heat level of a battery. Then it will make the necessary subtle changes to improve the way your laptop charges. The ultimate objective is to slow the rate of chemical aging in a battery, which will naturally expand its useful lifespan.

The feature will be turned on by default, although you can disable it if you want to in the power settings of the macOS. In addition, all of the data related to “Battery health management” will be analyzed and stored locally, with information only being sent to Apple if you agree to do so. Even then, Apple said that all data would be kept anonymous.

In order to reduce the rate of chemical aging, the battery in certain cases will not be charged all the way up to the maximum level, which has been shown to negatively affect a battery’s longevity over time. Some experts have said that batteries age the slowest when they are at about 30- to 50-percent capacity.

Therefore, even if you see 100 percent battery life on your menu bar, this will likely mean that it’s not totally fully charged to maximize the battery’s lifespan. Users who will likely benefit the most are those who have their laptops plugged in constantly.

Despite the current COVID-19 pandemic, Apple appears to be on track to unveil the next version of macOS in June. The company has already announced that its annual Worldwide Developers Conference will take on an entirely new online format.

The event will be an opportunity for millions of developers to get early access to the future of iOS, iPadOS, macOS, watchOS and tvOS, and actively engage with Apple engineers.