Are 8K HDTVs Really Worth Buying? 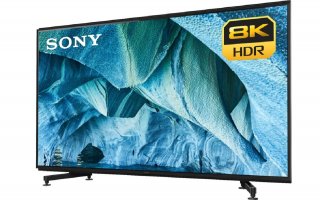 Every year at the CES show in Las Vegas, TV manufacturers unveil new models that are in 8K resolution, the successor to 4K/Ultra HD, even though the first 8K models showed up not long after the first 4K ones. And then, once CES is over, the TVs make up a small fraction of the market.

Clearly, that's a lot of money to spend on a TV. And it's fair to question what exactly the value is in doing so, since there isn't really such a thing as 8K content. Cable stations and streaming services don't transmit in resolution that high and probably won’t for many more years, nor is there such a thing as an 8K Blu-ray. The value of 8K is that it upscales 4K or lower, which is hardly worth the extra thousands of dollars unless you’re the sort of person who likes to brag about having the most expensive TV available.

The website 4K.com agreed, in a piece published last year.

"We think that buying any of them is a really bad idea and all the extra visual quality these TVs deliver is wasted along with the extra money you’d spend on them." Also, the difference between 4K and 8K only really comes into play when the screens are 75 inches or larger.

An International Business Times report in 2019 stated that "impressive as these [8K] television screens may be, they are little more than marketing vehicles, at least for now." That same report shared a forecast from the previous December by Strategy Analytics, which predicted that 8K-ready devices would make up just three percent of the UHD TV market by 2023, which is still three years away.

"The fact that Samsung and LG are literally fighting over what the definition for 8K content is the first clue that the 8K ecosystem is nowhere near ready for prime time," Extreme Tech wrote earlier this year. "Device manufacturers may be starting to bring 8K sets to market, but buying one of those sets today is a bad deal for virtually anyone."

One day, it will almost certainly be a good idea to buy an 8K TV. But today, it's not.