AT&T TV Has Officially Switched over to DirecTV Stream 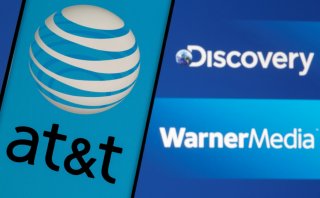 Earlier this year, AT&T agreed to spin off the DirecTV satellite service into a separate entity, one in which AT&T will continue to have a controlling interest. The deal closed earlier this summer, and part of the change was that the vMVPD streaming service formerly known as AT&T TV would become DirecTV Stream.

The changeover officially took place this week, and DirecTV has launched a new ad campaign, featuring tennis star Serena Williams. The campaign is set to continue through 2022.

The ad demonstrates that users can get “on-demand and live TV together,” including such programming as Serena Williams’ tennis matches and last year’s Wonder Woman movie. The two eventually merge into Serena in the Wonder Woman costume, appearing to act out a scene in a shipping mall from last year’s “Wonder Woman 1984.” In the commercial, tennis balls take the spot of Wonder Woman’s Lasso of Truth. Another tennis legend, John McEnroe, also appears in the ad.

“Get your TV together, with the best of live and on-demand,” the ad says.

“I’m always juggling my priorities as a mom, athlete and designer so I am a big fan of products like DirecTV Stream that help make my life more simple. I had so much fun playing Wonder Woman for this exciting campaign that showcases the uncomplicated and simplified TV experience of Direct TV Stream,” Williams said of the campaign, per NextTV.“We expect no changes for current AT&T TV subscribers other than the logo on their screens, and customers don’t need to take any action as a result of the transaction,” AT&T’s website says, per Cord Cutters News.

DirecTV Stream, like its predecessor, will offer four packages- Entertainment, Choice, Ultimate, and Premier, ranging from $69.99 a month to $139.99 a month.

TV Answer Man did notice one change: DirecTV has scaled back its HBO Max offer, offering a free three months rather than an entire year.

“It’s unclear if the decision is directly related to the formation of the new company, which consists of DIRECTV, U-verse and AT&T TV, which will be renamed this week to DIRECTV Stream,” TV Answer Man wrote. “But since May 2020, DIRECTV has offered a full year of HBO Max for free to new customers subscribing to a Choice or above programming package.”

Both DirecTV and HBO’s parent company WarnerMedia were wholly owned by AT&T at the time of the initial offer, but DirecTV has been spun off, and WarnerMedia will be, per an agreement reached earlier this year for the company to be combined with Discovery Networks as part of a spinoff.