Bad News: Netflix May Be Looking at a Price Hike Next Year 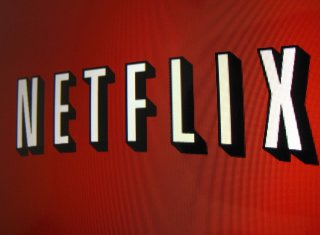 Netflix has had a big year in 2020. The streaming service said on its most recent earnings call that it has added twenty-six million subscribers in the first half of the year, with customers stuck inside due to coronavirus lockdowns and big hits like Tiger King. More recently, the streaming service has dominated the weekly ratings released by Nielsen of the top streaming shows.

Now, one analyst says Netflix could look at raise prices next year.

“After a change in language regarding pricing on the (second-quarter) call, we believe a potential hike is probable in the near to midterm,” Jefferies analyst Alex Giaimo said in a note published this week, one that was widely cited in the media. “In Q1, Netflix said that they were ‘not even thinking about price increases,’ while the Q2 language was more open-ended.”

“We have confidence that Netflix can raise prices in international markets given its deepening content library and outsized consumer value proposition,” the analyst added.

“When we look forward, I would say every country is in a different mode,” Greg Peters, Netflix’s chief operating officer, said on the company’s second-quarter call after he was asked by an analyst about the chance of price increases, per a Motley Fool transcript. “And so we’re going to sort of continue to assess a bunch of different factors over time. We’ll look at macro factors country by country. We’ll also look very closely on our specific metrics, and it’s metrics like engagement, like churn.”

When the company raises prices, it always takes a risk that some customers will cancel their subscriptions rather than pay the additional money. At the same time, the company takes advantage of the additional revenue from the higher prices.

Earlier this month Netflix faced a backlash over “Cuties,” a French art film that the streaming service had acquired, which detractors claimed had presented underage girls dancing in a risqué manner.

There was a campaign to boycott the streaming service over the matter, but research firm 7Park found that the company’s churn rate spiked for a few days following the #CancelNetflix campaign, but had returned to their usual numbers by the following week. However, no official subscriber numbers have been released by the company.

Netflix is set to report those numbers, and more when they announce third-quarter earnings on October 20.