Batman, Blade Runner and Seth Rogen: The Best of What's Coming to HBO Max in August 2020 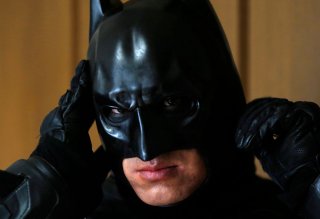 HBO Max may be facing steep competition, but it’s adding a lot of compelling content in August, including movies from two different eras of the Batman franchise, an original comedy with Seth Rogen, and the latest season of the NFL documentary series “Hard Knocks.”

Here are the highlights of what’s coming to HBO Max in August:

- “Batman,” “Batman Returns,” “The Dark Knight,” etc. It was assumed by many that when HBO Max launched, it would feature every movie of the Batman and Superman franchises, the movie rights of which have long been owned by AT&T/Warner Media-owned Warner Brothers. However, availability since the arrival of HBO Max has been spotting. Yet, several of the films will arrive on the service at the start of August. This includes both Tim Burton Batman films, “Batman” and “Batman Returns,” and both Joel Schumacher films, “Batman Forever” and “Batman and Robin.” Also included are the first two directed by Christopher Nolan, “Batman Begins” and “The Dark Knight.” Unfortunately, there’s no “The Dark Knight Rises” yet, for whatever reason, but there’s still plenty of Batman to enjoy starting next month.

“All the President’s Men” (August 1.) One of the greatest political thrillers ever, director Alan J. Pakula’s 1976 film told the story of Watergate, through the work of reporters Bob Woodward and Carl Bernstein (Robert Redford and Dustin Hoffman), with an assist from editor Ben Bradlee (Jason Robards) and the anonymous source known as Deep Throat (Hal Holbrook.)

- “Before Sunrise”/“Before Sunset” (August 1.) At the start of the month, HBO Max adds the first two movies in director Richard Linklater’s “Before” trilogy, which began with a couple (Ethan Hawke and Julie Delpy) walking around Vienna for a night, and then the two subsequent films tracing their relationship across the decades.

- “Blade Runner: The Final Cut.” (August 1.) There have been many cuts over the years of Ridley Scott’s 1982 “Blade Runner,” starring Harrison Ford; this one is the “final” cut, released in 2007 for the film’s 25th anniversary.

- “Ocean’s Eleven” (August 1.) One of the most re-watchable movies ever, director Steven Soderbergh’s Vegas heist filmed featured an all-star cast that included George Clooney, Brad Pitt, Matt Damon, Julia Roberts, Andy Garcia, and the late Carl Reiner. The service isn’t adding either sequel, which is likely for the best.

- “An American Pickle” (August 6.) It’s HBO Max’s first big original movie, as this comedy, starring Seth Rogen in the dual rule of an immigrant laborer frozen in a pickle vat for 100 years, and the laborer’s grandson, who he meets in the present day, was purchased by the service for a streaming debut, after it was originally slated for a theatrical release from Sony.

- “Hard Knocks ‘20: Los Angeles” (August 11.) The annual reality series featuring training camp with an NFL team returns this year, for this NFL camp unlike any other, with no preseason games and some degree of social distancing. This year’s edition, for the first time, features two teams, the Los Angeles Rams and Chargers, as they prepare to move into the new SoFi Stadium. “Hard Knocks” will also air on regular HBO.

- “Birds Of Prey (And the Fantabulous Emancipation of One Harley Quinn)” (August 15.) Seemingly forever ago, but actually in February, the latest DC universe film arrived in theaters. The film, starring Margot Robbie as antiheroine Harley Quinn, didn’t exactly light the box office on fire, but was well-received by fans of the character.

- “Lovecraft Country” (August 16.) The latest HBO original, based on a novel by Matt Ruff, follows a young African-American man (Jonathan Majors) as he road trips across the 1950s American South in search of his father. “Get Out”’s Jordan Peele and J.J. Abrams are both listed as executive producers.

- “The Way Back” (August 29.) Another theatrical release from earlier this year, this drama stars Ben Affleck as an alcoholic former basketball star who tries to gain redemption by taking over his old high school team.