From Batman to Game of Thrones: The Best of HBO Max at Launch 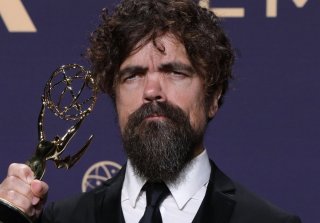 HBO Max, the latest major streaming service, has finally arrived. The new service launched Wednesday, with a huge collection of Warner Brothers classic movies, the entire runs of several famous sitcoms, a handful of original shows, and the entirety of every major HBO show.

WarnerMedia, the AT&T division that supervises HBO Max, has said that the service is offering 10,000 hours of original content at launch.

Once you’ve figured out the difference between all the different HBO streaming options, what should you check out first from HBO Max? You’ll have plenty of options:

- “Friends.” HBO Max’s signature show is one that went off the air more than 15 years ago. The company reportedly paid more than $400 million in order to lure Friends away from its longtime home at Netflix. The service will also offer a Friends reunion special which was supposed to arrive at launch but will instead show up later this year.

- “Casablanca.” HBO Max also offers a great deal of Warner Brothers catalog material from Hollywood’s golden age, and a great place to start is this 1942 masterpiece, with Humphrey Bogart and Ingrid Bergman. You can also get classics “The Wizard of Oz” and “Citizen Kane” on HBO Max.

- "Batman." Contrary to lists put out by HBO Max prior to launch, the service is not streaming the three films in director Christopher Nolan's celebrated "Dark Knight" trilogy. However, you can stream all of the Batman movies from before and after, including Tim Burton's 1989 film that starred Michael Keaton as the caped crusader and Jack Nicholson as The Joker.

- “The Sopranos.” A decade ago, we were expected to drop $75 for a single season DVD set of The Sopranos or another HBO show of that vintage. Now, $14.99 a month will give you instant access to the whole series, along with every other HBO show and a whole lot more. Supposedly many people have been binging The Sopranos during quarantine, either again or for the first time, and the arrival of HBO Max would be a great time to start again.

- “Game of Thrones.” Then there’s the other HBO standout, which has drawn a new round of re-examinations on the first anniversary of its ending. Was Season 8 really that bad, or does it deserve another chance, particularly with the brightness turned way up on that White Walkers episode?

- “The Fresh Prince of Bel Air.” It may have been a very ‘90s show, but the story of how Will Smith’s life got flip turned upside down still endures, and you can watch it from the beginning once HBO Max launches.

- “Love Life.” Anna Kendrick shows were already part of the launches of Disney+ last year and Quibi last month, and now she’s got a romantic anthology series on HBO Max. Despite early mixed reviews, express this one to get a lot more attention at launch than the Quibi show did.

- “Aqua Teen Hunger Force.” Among the properties included on HBO Max are much of the history of Cartoon Network and Adult Swim, including this long-running series, about the adventures of a talking milkshake, order of fries and meatball.

- “The Office.” No, not the NBC version; that’s headed to NBC’s upcoming Peacock service. But the two seasons of the original British “Office,” with Ricky Gervais and Stephen Merchant, will be available on HBO Max, along with numerous other British shows that include “Doctor Who.”