Best Buy Reports Strong Earnings But Are They Sustainable? 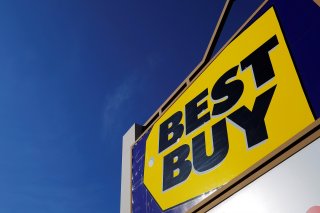 Best Buy on Tuesday released its quarterly earnings report, which it described as “better than expected.”

“We are reporting record second-quarter results today with comparable sales growth of twenty percent and operating income growth of forty percent compared to last year,”  CEO Corie Barry said in the earnings release. “We are lapping an unusual quarter last year as our stores were limited to curbside service or in-store appointments for roughly half the quarter. When we compare to two years ago, our results are also very strong. Compared to the second quarter of FY20, revenue is up twenty-four percent and our operating income has more than doubled.”

“Customer demand for technology products and services during the quarter remained very strong,” Barry added. “Customers continued to leverage technology to meet their needs, and we are providing solutions that help them work, learn, entertain, cook and connect at home. The demand was also bolstered by the overall strong consumer spending ability, aided by government stimulus, improving wages and high savings levels.”

The Minneapolis Star Tribune reported on the day of the release that Best Buy is experimenting with some new store concepts. This includes “new gaming, headphone, and fitness experiences” at a store in Houston, and a new “outlet concept” for smaller stores in the Charlotte area.

"We believe this is crucial to thriving in a new and different environment where customers expect to seamlessly interact with physical and digital channels throughout the shopping journey,” Barry said on the earnings call Tuesday, according to the Tribune.

At the Consumer Electronics Show (CES) in January, Barry talked about how the company got through the worst of the pandemic, which began not long after she took over as Best Buy’s CEO in late 2019.

Bloomberg News, however, saw some shakiness in the company’s future.

“Despite the initial positive reaction, I’m skeptical that the retailer’s strong performance will be sustainable. For one, management spelled out several drivers for its latest quarter that seem one-time in nature,” Bloomberg said after the release. For one thing, some of the growth was driven by stimulus checks, which aren’t going to be repeated in the future.

“More worrisome is the slowdown in what is supposed to be Best Buy’s most promising business unit: e-commerce. The retailer said its domestic online sales fell twenty-eight percent in its July quarter after impressive growth in earlier quarters. Here again, it’s unlikely to improve soon,” Bloomberg said in its analysis.