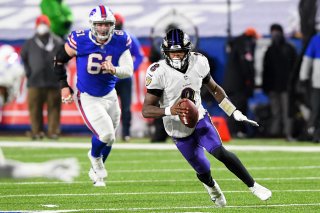 The NFL Sunday Ticket package, as most people know, is exclusive to subscribers of DirecTV, and has been since it launched in 1994. It’s the package that allows football fans to watch every out-of-market game and is especially important for football fans who follow a team that’s not in the city in which they live and would rather watch at home than go to a sports bar.

There is speculation that DirecTV’s exclusive arrangement won’t be the case for long, with the exclusivity window expected to run out after the 2022 NFL season.

There is one exception to that exclusivity: Those who live in dorms or apartments in some areas where DirecTV is not available can stream the Sunday Ticket package. in addition, Sunday Ticket is available on JetBlue flights.

This week, per The Streamable, prices have been released for NFLSundayTicket.tv.

In the meantime, there’s a very good chance that streaming Sunday Ticket will get a lot easier before long.

NFL Commissioner Roger Goodell is said to not want DirecTV to keep Sunday Ticket exclusively. There have been rumors that Amazon, which will soon take over the Thursday Night Football package exclusively, may emerge as the winning bidder for the Sunday Ticket package, although numerous other companies have been mentioned as possible bidders, including Apple and Disney/ESPN.

The NFL currently earns about $1.5 billion annually from its DirecTV rights.

The NFL is moving quickly towards the streaming future. In its 11-year, $113 billion new TV deal, announced in March, per NPR, the NFL extended their broadcast deals with ESPN/ABC, CBS, Fox and NBC, with extended streaming rights part of the deal. In addition to those traditional channels, the deal will put NFL games on such streaming services as Comcast/NBC-owned Peacock and Fox-owned Tubi.

"These new media deals will provide our fans even greater access to the games they love. We're proud to grow our partnerships with the most innovative media companies in the market,” Goodell said in a statement when the deals were announced.

AT&T extended the DirecTV exclusive window with Sunday Ticket in 2016, as one of the government’s conditions when AT&T purchased DirecTV that year. AT&T, earlier this year, announced that it was spinning off DirecTV, into a separate company of which it will control the majority.