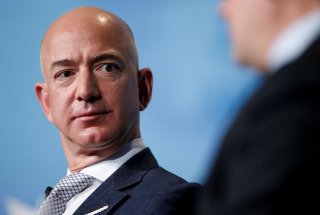 Jeff Bezos announced on Tuesday that he will step down as CEO of Amazon later this year as the e-commerce giant delivered its largest-ever quarter by revenue with $125.56 billion.

Bezos, who founded Amazon in 1994, will turn the company over in the third quarter of this year to top cloud executive Andy Jassy, the company announced. Bezos will then transition to become executive chairman of Amazon’s board.

Jassy joined Amazon in 1997 and has led the company’s Web Services cloud team since its inception.

Under Bezos’ leadership, Amazon surpassed the $1 trillion market cap in January last year. Currently, the company is worth nearly $1.7 trillion.

In a memo to employees, the world’s second-richest man noted that he would focus on “new products and early initiatives” in his new role.

“If you do it right, a few years after a surprising invention, the new thing has become normal. People yawn. That yawn is the greatest compliment an inventor can receive,” wrote Bezos, whose net worth is $188 billion, according to the Bloomberg Billionaire Index.

“When you look at our financial results, what you’re actually seeing are the long-run cumulative results of invention. Right now I see Amazon at its most inventive ever, making it an optimal time for this transition.”

In its earnings call, the company said its fourth-quarter results were largely driven in part by what it called a “record-breaking holiday season,” which saw more than a billion products delivered to customers worldwide.

Outside of its core retail business, the company’s cloud-computing division enjoyed a surge in revenue of 28 percent to $12.7 billion. However, sales fell 8 percent at physical stores, which include the supermarket chain Whole Foods Market.

Amazon added that after months of heavy coronavirus-related investments, it expects those costs to sink to about $2 billion from $4 billion in the first quarter.

The company said sales in the first quarter will be between $100 billion and $106 billion, representing a slowdown from the fourth quarter but an increase of between 33 percent and 40 percent from last year.

Bezos asserted that he would stay engaged with Amazon’s important projects but now would also have more time to focus on the Bezos Earth Fund and the Blue Origin spaceship company, among other ventures.

“As much as I still tap dance into the office, I’m excited about this transition,” Bezos wrote.