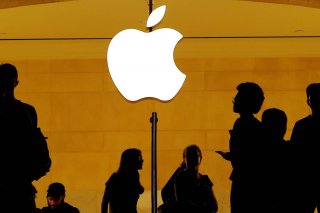 Next Tuesday Apple will hold an event, its third of the fall, in which it’s expected to unveil its first-ever Mac products equipped with “Apple Silicon,” which will replace Intel in Apple’s computers, after fifteen years.

The switch is meant to bring MacBooks further into line with iPhones and iPads, both of which have used Apple’s own chips for many years.

The scheduled event is called “One More Thing,” which was a frequent phrase used during Apple events during the Steve Jobs era, for the final announcement of the day. And it was Jobs himself, in 2005, who instigated the switch of MacBooks from the previous PowerPC chip architecture to Intel.

The release timing or pricing of the new Apple Silicon devices is not yet known, but news about both is likely at the event next week.

When Apple officially announced the switch to Apple Silicon in June, at the virtual World Wide Developers Conference, the company said that the overall transition would take about two years, but that the first devices with Apple Silicon would arrive before the end of the year.

A new report Thursday, from Nikkei Asian Review, said that Apple has asked its suppliers to produce 2.5 million of the Apple Silicon MacBooks, by early 2021. That amount, Nikkei said, are equivalent to about 20 percent of the total number of MacBooks sold in 2019. More new MacBook models featuring the Apple Silicon chips, per Nikkei, will arrive in the second quarter of 2021.

In addition, per that report, Apple has made “robust” orders of its older iPhone models for the holiday shopping season, in order to keep up with demand.

“From the beginning, the Mac has always embraced big changes to stay at the forefront of personal computing. Today we’re announcing our transition to Apple silicon, making this a historic day for the Mac,” Apple CEO Tim Cook said when he announced the shift this summer.

“With its powerful features and industry-leading performance, Apple silicon will make the Mac stronger and more capable than ever. I’ve never been more excited about the future of the Mac.”