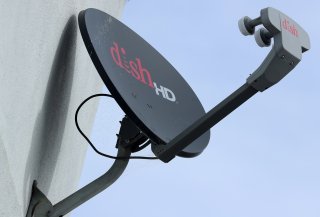 Much has been reported about how catastrophic the first quarter was for cable, satellite and other pay TV companies, as long term cord-cutting trends combined with the coronavirus shutdowns and the loss of live sports to cause cancellations in droves.

But how many subscriptions were lost overall? According to a new report, the number was over 2 million in the U.S.

According to a report Thursday by Leichtman Research Group, Inc., the number of net lost pay TV subscriptions in the first quarter from the 15 largest pay TV providers was about 2,065,000, both the most ever and a doubling of the 1,025,000 total from the same quarter the year before.

The companies listed have 83 million subscribers currently, although that number is clearly dropping.

The 15 companies listed account for around 95 percent of the total market, Leichtman said. The remaining 5 percent presumably consists of subscribers to small, regional TV providers. The chart omits YouTube TV, since Google did not report exact quarterly subscriber totals. Google did say this month that the service has over 2 million subscribers but did not release a precise number.

Of the 2 million subscribers lost across the sector, more than half came from satellite, while the top seven cable companies lost about 595,000, the  Internet-delivered (vMVPD) services lost around 320,000 and the telephone companies lost 125,000.

“The record net losses were partly related to the impact of the coronavirus, but do not solely reflect consumers’ dropping services," the group's president," Bruce Leichtman, said in the release. "Several providers cited a decrease in connects as a key component of net losses in the quarter, rather than an increase in disconnects.”

The same analyst earlier this week shared that while the top companies in pay TV are bleeding subscribers, the industry also added over 1.1 million net broadband subscribers in the first quarter, the largest addition for the sector in any quarter of the last five years.