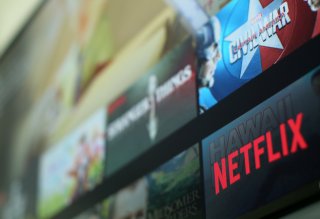 Subscription TV revenue, from cable and satellite, was $94.2 billion last year. But the pandemic, as has been widely reported, has seen cord-cutting trends escalate quickly. A new report says that decline is likely to continue.

According to a new report from PriceWaterhouseCoopers, called U.S. Edition: Entertainment & Media Outlook 2020‑2024, revenues from subscription TV will drop by 2.9 percent compound annual growth rate through 2024, when they are seen at $81.4 billion.

This will happen, the report said, due to “wide acceptance and demand for SVOD platforms as well as competition from vMVPD offerings.”

The news wasn’t all bad for pay TV, as the firm says the U.S. remains the biggest market in the world for pay TV by far, and that the rate of decline in pay TV “will likely lessen towards the end of the forecast period.”

Also, there’s a chance cable could get better.

“Traditional pay-TV providers will focus on optimizing programming as a lever to increase video profitability, as well as continued investments in personalization, aggregation, speed and the best-possible digital experience,” the report said.

In its other findings, the PriceWaterhouseCoopers report looked at entertainment and media, how they’ve been affected by the coronavirus pandemic, and how they might recover.

Also, even before the pandemic, PriceWaterhouseCoopers found that revenue for overall subscription video-on-demand (SVOD, or subscription streaming services like Netflix) overtook that of the movie box office in 2019. The gap increased, of course, with movie theaters closed for much of 2021, but it’s still seen widening in future years, with revenues from SVOD doubling those of the box office by 2024.

“As recently as 2015, box office revenues were three times those of the SVOD (subscription video on demand) sector. Having caught up with the box office sector in 2019, SVOD is now projected to surge away in the coming five years, reaching twice the size of the box office in 2024,” the report said.

The report also predicted that the sorts of industries that have been decimated by the pandemic- movie theaters, live music venues and trade shows—will “struggle to regain their footing in the coming years,” and aren’t expected to reach pre-pandemic levels until “at least” 2024.

“In effect, people cocooned in their residences set about constructing their own bundles of content by purchasing or subscribing to all-you-can-eat packages of video, music, content, exercise and experiences,” the report said of consumer behavior during the pandemic.