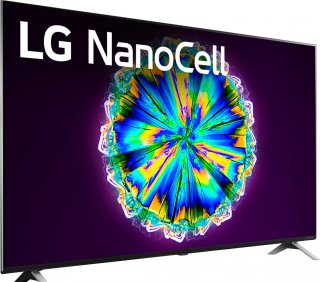 LG’s highly regarded OLED offerings are well-known for their inimitable picture quality, but they are also known to be some of the priciest HDTV options out on the market right now.

If you just can’t swing those sky-high price points of OLED panels, know that there is a nice fallback option available at Best Buy—LG’s 49-inch NanoCell 85 Series 4K TV, which can be had for a reasonable $600, $80 off the regular price.

Sure, this set doesn’t have all the bells and whistles of its OLED counterpart, but it’s also not a bargain-bin play. The 85 Series features LG’s enhanced LCD-display technology called NanoCell, which makes use of a layer of one-nanometer-sized particles.

Powered by a α7 Gen 3 Processor 4K, the picture on the 85 Series is sharp and vibrant. The set features local dimming and outstanding black levels and overall contrast. And don’t forget the support for Dolby Atmos and all major HDR formats, including Dolby Vision, HDR 10 and HLG.

What really separates the 85 Series from most non-OLED competitors is that it has solid wide-viewing angles, so if you have seating arrangements that are off to the side or wrap around the TV, you’ll surely notice the difference. The brightness level is top-notch as well.

Much like Samsung’s Tizen smart TV operating system, the set’s webOS platform is surely still a work in progress, though it has made considerable improvements in recent years. Yes, it has a pleasant, stripped-down user interface, which hasn’t changed much since it launched, but it really lacks what’s needed for today’s data-intensive streaming TV world.

Not surprisingly, the webOS comes with today’s essentials like Netflix, Amazon and YouTube, which are installed by default. The overall range of offerings, however, is a bit lackluster—perhaps that is why many consumers still prefer Roku or Android TV. On a more positive note, the 85 Series works with both Google Assistant and Amazon Alexa, which are built in, for handy voice control.