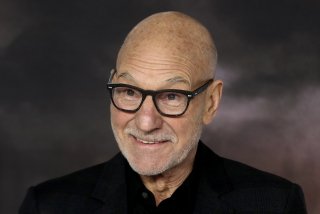 When the leading streaming services are measured and stacked up, CBS All Access is often left out of the conversation. The service, which launched in 2015, is backed by a major entertainment corporation and features exclusive original content of note, including two different original “Star Trek” series.

But that hasn't stopped much of the entertainment and tech media from treating All Access like an afterthought. But now, it appears a rebirth on the way for the service.

ViacomCBS, the owner of All Access and the entity formed by the recombination last year of Viacom and CBS, announced this week on its earnings call that it will rebrand CBS All Access this summer.

“We’re accelerating our plans for an expanded subscription service, building off CBS All Access, with major changes coming this summer, as we track towards the rebrand and relaunch of a transformed product,” the company's CEO, Bob Bakish, said on the call, as reported by The Verge.

The service will not be built from the ground up, but it will feature “technology changes,” which will presumably mean adjustments to All Access' much-maligned user interface. The new strategy, Bakish said, will include new emphasis on original content, to compete with such rivals as Netflix and Disney+.

Bakish also said that the company “will launch a broad pay streaming product over the next 12 months internationally.”

In the meantime, ViacomCBS also announced that CBS All Access is adding more than 100 films from the vaults of Paramount Pictures, the movie studio owned by the company. These include all three "Godfather" movies, "Star Trek: First Contact,” and “Terms of Endearment." "The Godfather" movies were streaming on Netflix for the calendar year of 2018.

“Expanding CBS All Access’ library of films with these iconic titles from Paramount Pictures is just one of the many ways we’re integrating the phenomenal catalog of IP available to us within the ViacomCBS family,” said Julie McNamara, Executive Vice President & Head of Programming for CBS All Access, said in the announcement.

And in another long-awaited move, ViacomCBS on Thursday announced a multiyear agreement with Google to make several Viacom channels, including Nickelodeon, Paramount Network, Comedy Central and MTV, available to subscribers of YouTube TV. Those channels had been missing from YouTube TV ever since its national launch in early 2019. The deal also expands carriage on YouTube TV for Showtime and other channels that were part of the CBS side of the pre-merger ViacomCBS.

Since the merger, ViacomCBS has not revealed individual subscriber counts for CBS All Access, rather announcing combined subscriptions for that service and the Showtime subscription service. This quarter, per the earnings release, that number has reached 13.5 million; by contrast, Disney+ has 54.5 million subscribers as of Disney's earnings announcement earlier this week, despite launching more than four years later than CBS All Access.

Another streaming service owned by the company, the free, ad-supported Pluto TV, also grew to over 24 million active users.

The company also said that revenues from its overall domestic streaming and digital video business grew 51 percent in the quarter, to $471 million.