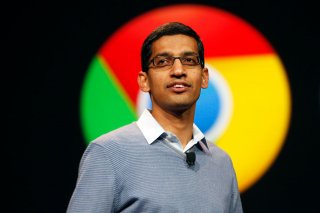 Google has launched a new edition of its Chrome browser that it says is “noticeably faster” than before.

According to a post on Google’s Chromium blog by Chrome engineering director Max Christoff, the new edition of the browser, which is called M85, will gain new speed from two new improvements, which the company calls Profile Guided Optimization, and Tab Throttling.

Profile Guided Optimization (PGO) is described as “a compiler optimization technique where the most performance-critical parts of the code can run faster… Because PGO uses real usage scenarios that match the workflows of Chrome users around the world, the most common tasks get prioritized and made faster.”

PGO is now rolling out for both Mac and Windows.

Tab Throttling, which is rolling out now on the Beta channel, “will give more resources to the tabs you’re using by taking them back from tabs that have been in the background for a long time.” While Google says PGO has showed pages loading by up to 10 percent faster, Google says tab throttling has led to not only faster loading speeds but also battery and memory savings.

“Chrome’s performance - speed and usage of resources like power, memory, or CPU - has always been top of mind,” the post said. “We have a dedicated engineering team that has been consistently (and quietly) making improvements so Chrome runs faster and smoother on all devices, operating systems, and internet conditions. No matter if you are a heavy tab user on your Windows laptop, or need a lightweight app experience on your Android phone, we are working hard to use your device resources most efficiently.”

The arrival of the new features comes at a time of changes for Google’s main web products. The company will unveil an algorithm update in 2021, it said earlier this year, Google has said that its Core Web Vitals—described as “a set of real-world, user-centered metrics that quantify key aspects of the user experience”—will play a role in how sites are ranked once the update arrives.

A study released this month found that only 12% of mobile and 13% of desktop websites were able to pass the Core Web Vitals assessment.

Google will also be debuting “Fast Page” labels in the new beta version of its Chrome browser for Android, on mobile devices. The labels will be based on the Core Web Vitals standard.

“Links to pages that have historically met or exceeded all metrics thresholds for the Core Web Vitals will be displayed with a new ‘Fast page’ label,” Google said when they announced the labels earlier this month. “This is shown when a user long-presses a link prior to navigating to a page, and it indicates that most users navigating to it have a particularly good experience.”