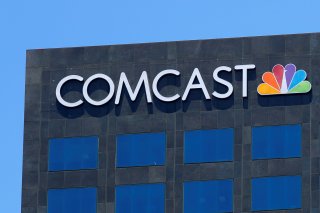 Back in November of 2020, Comcast made the controversial announcement that it was introducing 1.2 TB high-speed Internet data caps in the Northeastern United States. The change, as announced at the time, would go into effect in March of 2021, and while it would entail a “one-time courtesy month credit” at the time, customers would be responsible for any data overages after that.

Blocks of fifty gigabytes would be added to accounts for a fee of $10 each plus tax for those living in Connecticut, Delaware, Maryland, Massachusetts, Maine, New Hampshire and New Jersey, as well as parts of New York, Ohio, Pennsylvania, Virginia, Vermont, West Virginia, North Carolina and the District of Columbia.

However, Comcast announced in February that it was delaying implementation of that plan until sometime in 2022 in order to offer customers “more time to become familiar with the new plan.” Now, it has been delayed yet again.

Light Reading reported on Thursday that the data caps will not arrive in 2022 either, indicating that the plan may be dead altogether. Comcast later confirmed the report.

“We don’t have plans to implement our data usage plan in our Northeast markets in 2022 at this time,” a Comcast spokesperson told that site. A lawmaker in Massachusetts had earlier been told that Comcast was dropping the plan, per TV station WHAV.

“The latest we have is that they have no intention of reintroducing the data caps at all, which is a huge win,” Massachusetts Rep. Andy X. Vargas (D-Haverhill) told the TV station. Vargas was one of a group of elected officials in various states who had pushed back against Comcast’s plans.

Charter Communications, the owner of Spectrum and the nation’s second-largest cable company, is prohibited from introducing data caps until at least 2023 as part of a condition in the merger when it acquired Time Warner Cable and Bright House Networks, according to Light Reading.

Comcast announced last month that it was raising cable costs and fees in 2022, with broadcast TV and regional sports fees both going up in the new year, as well as the prices of most plans offered by the cable giant.

Comcast told TV Answer Man via a statement that the cost increases are due to “rising programming costs—most notably for broadcast TV and sports—[which] continue to be the biggest factors driving price increases for all content distributors and their customers, not just Comcast.” Indeed, other providers, including DirecTV, have also announced price increases for 2022, often citing the same factors that Comcast did.