Comcast Is Getting Smashed by Cord-Cutting (And Raising Prices) 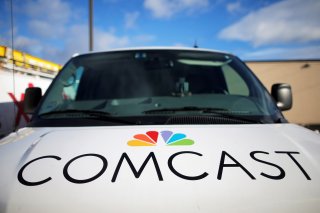 For several years now, cord-cutting has taken a big bite out of profits of major cable and satellite TV providers.

Like DirecTV and Dish Network, Comcast’s cable business is mired in a losing business model that has witnessed millions of subscriber losses over much of the past decade.

The cable giant ended the quarter with 19.22 million residential and 874,000 business video subscribers, giving it roughly 20.09 million total subscribers. For perspective, the company boasted 22.55 million subscribers in the first quarter of 2017, according to Statista.

“Our integrated strategy is also driving results in streaming with nearly 22 million sign-ups for Peacock to date, and we are exceeding our expectations on all engagement metrics in only a few months,” Comcast CEO Brian Roberts said in a press release.

Amid the ten-month-long coronavirus pandemic, Roberts added that “despite many harsh realities, I couldn’t be more pleased and proud of how our team has worked together across the company to find safe and creative solutions to successfully operate in this environment.”

It appears, however, that the cord-cutting trend is still in the early innings. According to market research company eMarketer, 6.6 million households will cut the cord in 2020, bringing the total number of cord-cutting households in the United States to 31.2 million.

In all, the United States will only have 77.6 million households that still subscribe to cable, satellite, or telecom-based TV, marking a record-breaking 7.5 percent drop compared to last year.

Moreover, the number of U.S. households with pay-TV subscriptions is expected to sink below 50 percent for the first time ever by the end of 2024, a year in which the number of cord-cutters could surpass 46 million.

“Consumers are choosing to cut the cord because of high prices, especially compared with streaming alternatives,” Eric Haggstrom, eMarketer forecasting analyst at Insider Intelligence, said in a statement.

“The loss of live sports in H1 2020 contributed to further declines. While sports have returned, people will not return to their old cable or satellite plans.”

Despite thousands fleeing cable TV each quarter, Comcast’s cable customers have already received notices saying that certain fees will be increasing in 2021. Comcast’s Broadcast TV Fees will rise about $5 per month, with TV box fees increasing by $2.50 per month. Those rates, though, will differ from market to market.