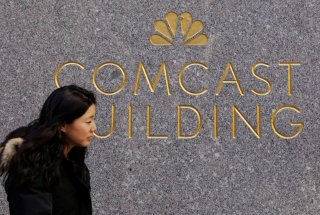 Comcast, earlier this week, announced that it is introducing a data cap in several Northeastern states, in early 2021. The new 1.2 TB caps will apply in Connecticut, Delaware, Maryland, Massachusetts, Maine, New Hampshire and New Jersey, and also in parts of New York, Ohio, Pennsylvania, Virginia, Vermont, West Virginia, North Carolina and the District of Columbia.

The announcement has led to some consternation among customers of the cable giant and was even trending on Twitter for a time on Tuesday morning. The company has even been responding to some on Twitter from its official account, stating in one message that 95 percent of its customers use less than 1.2 TB and are therefore not impacted.

“1.2TB is a massive amount of data and you can do a lot with it in one month,” the tweet said. "Stream about 500 hours of HD video a month or spend nearly 3,500 hours of videoconferencing (Zoom, FaceTime, Google Duo, Houseparty, etc.), enough to video conference for nearly 4 months straight.”

Now, there’s other news about a Comcast change that some customers may not like.

According to Cord Cutters News, which published a fee chart, Comcast cable customers have begun receiving notices that certain fees will be increasing in 2021. Comcast’s Broadcast TV Fees will go up by about $5 per month, with TV box fees increasing by $2.50 per month. Those rates, however, will differ from market to market.

In addition, per the report, “basic and premium TV packages will be increasing,” with prices also going up for such subscription services as AMC + On Demand, WEtv + On Demand, and UP Faith and Family On Demand.

In addition, Internet fees will be increasing, while prices will also rise for installations, and for Xfinity Home Security.

The announcement follows that of DirecTV, which also said this month that it will be raising prices in early 2021.

“One of the big pivots of Comcast the last decade is to really follow our customers’ needs and try to anticipate them and be a company that meets them. So in video with some customers who want it all,” Comcast CEO Brian Roberts said at a conference this fall. “And other customers want to just be streaming.

The company also announced that it has achieved twenty-two million “sign-ups” for its Peacock streaming service, which launched earlier this year. This came as some parts of the company, including its movie studio and theme parks, have seen revenue nosedive due to the pandemic.