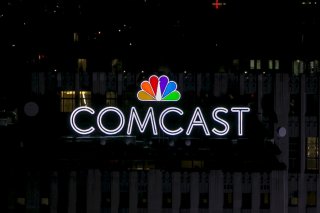 There were reports earlier this year that Comcast was looking to get into the TV game. The Wall Street Journal had stated that Comcast was in talks with Walmart to team up on smart TVs. The TVs would, per the report at the time, “promote TV sets running Comcast software and would get a share of recurring revenue from Comcast in return,” with a third party doing the actual manufacturing of the TVs. Those followed reports that the cable TV giant was aiming to put its X1 technology interface on smart TVs.

Now, there’s a report that Comcast is moving forward with that type of plan. According to Protocol, Comcast will be partnering with the Chinese manufacturer Hisense to release a pair of smart TV models under the brand name XClass.

The TVs will run “a version of” Comcast's X1 operating system, although those purchasing the models will not be required to be subscribers to Comcast. It’s unclear whether Walmart remains involved with the venture as a retail partner.

The models, per the report, will have screen sizes of forty-three and fifty inches and will feature most major streaming services. In addition, per Protocol, those who activate an XCast TV account will get a free year of the Comcast-owned service Peacock.

Protocol discovered a staging site for a website that will be used in the marketing of the XClass TVs.

"XClass TV is a smart TV that brings all your favorite apps, live channels, and On Demand movies and shows together in one place," the staging site said, per Protocol. " XClass TV ... gives you thousands of free movies, shows, music, and more. And to find what you love faster, XClass TV comes with a voice remote that lets you control your TV and search across apps with just your voice.”

There’s no word on the pricing of the TVs or additional specs.

The site also found various breadcrumbs indicating that a launch is coming soon, including a mention of "Hisense Comcast TVs" in a disclosure by Hisense.

The jump into TVs appears to be a move by Comcast to diversify, as it continues to shed subscribers from its core cable TV business. The company, which remains the top cable provider in the U.S., lost just under 400,000 cable subscribers in the second quarter of 2021.

The company did, however, post revenue in the quarter of $28.55 billion, while adding 354,000 broadband subscribers.

“We remain committed to innovating for our customers and investing for a strong future. I have great confidence in our strategy and our ability to execute, which is reflected in our decision to restart our share repurchase program during the quarter, earlier than previously planned,” CEO Brian Roberts added in the Q2 earnings release.