Coronavirus: The Best Thing That Ever Happened to Amazon? 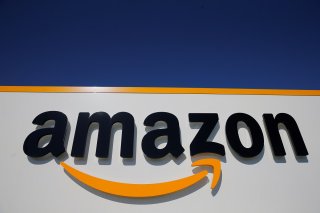 By any measure, Amazon had a huge year in 2020, with the pandemic meaning huge growth for its retail business. Amazon’s stock was trading at about $2,000 a share at the start of 2020 and was traded at $3,214.47 a share as of Tuesday afternoon, just over a year later. Meanwhile, founder and CEO Jeff Bezos in August became the first person to ever achieve a net worth of over $200 billion.

In the third quarter of 2020, Amazon earned $96.15 billion in revenue, which was ahead of analyst expectations, while sales jumped 37 percent. The company also posted a net income of $6.3 billion in the quarter, which tripled the number from the same quarter the previous year.

Amazon does not reveal regularly exactly how many Amazon Prime members there are, instead only making announcements when such memberships reach significant milestones. In January of 2020, the company said it reached 150 million members around the world, which was an increase over the 100 million it had as of 2018. So it’s not clear how many Prime members have been added during the pandemic, but some calculations have been done, indicating that it has added quite a few.

An estimate by Consumer Intelligence Research Partners (CIRP), as cited by Digital Commerce 360, found that Amazon had 126 million Prime members in the United States as of September, which represented an increase of 14 million members since December of 2019. CIRP also said that “roughly 65% of Amazon shoppers” were Prime members as of the third quarter of 2020.

“After several quarters of slower growth, Prime memberships picked up in the most recent quarter,”  Josh Lowitz, partner and co-founder of CIRP, said in the press release. “COVID-19 likely drove much of this growth, with customers needing to order more items, more frequently as they work and study from home. The annual growth rate in the base of members was the highest in four years.”

CIRP also found that Prime members very rarely quit the program. Of those who sign up for Prime, 93 percent keep their memberships after a year, and 98 percent of members stay on after two years.

In September, Walmart launched its own rival of Amazon Prime, called Walmart+, which offers a membership program with perks, at a lower price point than that of Prime.