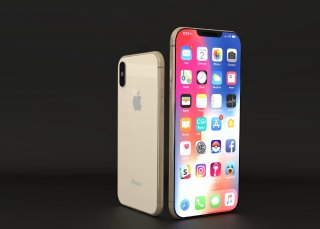 Coronavirus, of course, has had a major effect on all sorts of economic factors. One of those is smartphone shipments.

According to numbers released Tuesday by Counterpoint Research, U.S. smartphone sales dropped 21 percent in the first quarter of 2020, compared with the same period in 2019.

Broken down by brand, Google dropped 64 percent, ZTE by 50 percent, Motorola by 34 percent, and LG by 25 percent. Apple and Samsung fell by less- 13 percent and 23 percent, respectively, while OnePlus actually posted a 2 percent gain, due to the manufacturer expanding its U.S. entry from last year.

"In Q1 we began seeing impacts on smartphone supply in February and early March due to Chinese factory closures due to COVID-19. Manufacturers with factories located in Wuhan were affected the most. A late tax season bump saw a sales increase for prepaid devices in late February, but supply shortages limited this growth," Jeff Fieldhack, Counterpoint's research director, said as part of the release.

"In mid-March, demand plummeted due to COVID-19. States began to issue stay-at-home orders and both carriers and national retailers closed stores, restricted foot traffic and offered curb-side pick-up in only a few cases. Around 70% of postpaid stores closed in March leading to a steep decline in smartphone sales for the last month of the quarter."

While Counterpoint's findings are for the U.S. market only, they follow research from Strategy Analytics, released April 30, which found that global smartphone shipments had dropped 17 percent in the first quarter of 2020. Strategy Analytics called it the smartphone industry's "worst quarterly performance of all time."

Strategy Analytics found that Samsung had led the global market with 21 percent market share, followed by Huawei with 18 percent and Apple with 14 percent. Even so, Samsung and Huawei posted declines of 19 percent and 18 percent, respectively, from the same quarter last year. Xiaomi was fourth, followed by Oppo, while the "others" category consisted of 28.6 percent of the market.

"As expected, the global smartphone market delivered its worst performance since records began." Linda Sui, Director at Strategy Analytics, said in the release. "Demand for smartphones slammed to a halt in the quarter, as the Covid-19 virus scare shut down major economies like China and shoppers placed their spending plans on hold.”