Could Be Big: Amazon Acquires Tom Clancy's “Without Remorse” 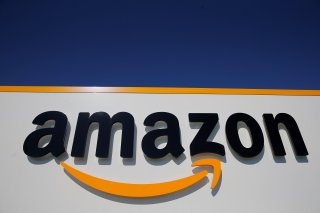 While some Hollywood movies that were scheduled to arrive on screens in 2020 have been delayed, and others still have migrated to VOD releases, a growing list of films have been sold by studios to streaming services. This happened with “Greyhound,” the Tom Hanks movie that Sony was to release this spring, which debuted instead on Apple TV+.

Now, there’s been another such deal that entails the selling of a movie by a Hollywood studio to a streaming service.

Per Variety, and other trade press sites, Paramount Pictures has agreed to sell “Without Remorse,” a film based on Tom Clancy’s novel from 1993, to Amazon, and it will likely debut on Amazon Prime Video.

Variety described the deal as “a sign of the more commercial and broadly appealing direction that Amazon hopes to go in the future after a period of making more arthouse fare.”

The film, which has been completed, was scheduled for theatrical release in early 2021; it’s not clear when it will debut on Prime. The deal puts it on the same streaming service as “Jack Ryan,” the Clancy-derived TV series that stars John Krasinski as the CIA analyst. That followed Hollywood adaptations of Jack Ryan books starring four different actors as Ryan: Alec Baldwin (in “The Hunt For Red October”), Harrison Ford (in “Patriot Games” and “Clear and Present Danger”), Ben Affleck (“The Sum of All Fears”) and Chris Pine (“Jack Ryan: Shadow Recruit.”)

In “Without Remorse,” Michael B. Jordan (from “Fruitvale Station” and “Creed”) will play Navy SEAL John Clark. Set in the 1960s, the novel was the origin story of Clark, a character who appeared in several of Clancy’s novels. The new film is directed by Italian filmmaker Stefano Sollima, best known in the U.S. for directing “Sicario: Day of the Soldado,” and the screenplay was adapted by Taylor Sheridan, who directed the first “Sicario” film and wrote the second.

A “Without Remorse” adaptation was in the works for many years, with everyone from Keanu Reeves to Kevin Costner to Tom Hardy considered at different points to play Clark. The character has also appeared in previous Jack Ryan movies, such as “Clear and Present Danger,” where he was played by Willem Dafoe, and Liev Schreiber played him in “The Sum of All Fears.” There is also a Clark-like character in the Amazon TV series.

Another upcoming spy movie project won’t be heading to streaming first. “Tenet,” Christopher Nolan’s next film, will not get an HBO Max or VOD debut, AT&T’s CEO vowed on the company’s earnings call Thursday.