Could Comcast’s Peacock take NFL Sunday Ticket away from DirecTV? 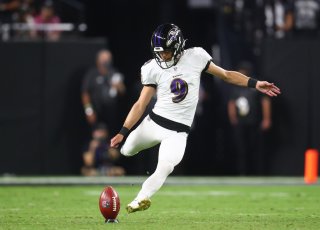 Ever since it first launched in 1994, the NFL Sunday Ticket package, which offers out-of-market games to football fans around the country, has been exclusive to DirecTV. But soon, that will no longer be the case.

DirecTV’s exclusive contract for Sunday Ticket runs out after the 2022 season, and the NFL is known to be considering who its new partner for the service will be. With DirecTV declining and recently spun off from AT&T, and with the rise of streaming, it’s likely that the next partner will be a company with a streaming service, with Apple and Amazon often mentioned in media coverage of the bidding.

Some reports have also had Disney, which owns ESPN, under consideration. But what about Peacock? The TV Answer Man website recently looked at that question.

Peacock may be a bit newer and more obscure than, say, Netflix or Disney+. But the service is owned by Comcast, which owns NBC Universal, and therefore has been in business with the NFL for a long time.

TV Answer Man noted that several media reports have downplayed the possibility of Comcast/Peacock getting involved with the Sunday Ticket bidding, with CNBC, which is also under the Comcast/NBC Universal umbrella, reporting back in September that “NBCUniversal’s Peacock isn’t expected to be a serious competitor for the rights.”

However, more recently, NBC chairman Pete Bevacqua has said that the network is not out after all.

Bevacqua told Sports Business Journal that the network would “take a look at anything, obviously, that is part of the NFL.”

Bevacqua went on to tout the company’s good relationship with the NFL, and said that everything was on the table, including Sunday Ticket, RedZone and NFL Network. The NFL was considering selling off a stake in its NFL Network property, according to the Hollywood Reporter.

But Bevacqua was clear that “no decisions have been made” by either the NFL or NBC.

“It would be negligent of us not to take a deep dive in any one of these key elements of the NFL,” Bevacqua said.

Back in the spring of this year, Comcast and NBC Universal reached a deal with World Wrestling Entertainment for Peacock to become the exclusive home of WWE Network, which had previously been a standalone app. Forbes reported at the time that Comcast had agreed to pay $1 billion for five years to bring the wrestling content to its streaming service.

In November, Comcast and NBC Universal announced another major sports deal, re-upping its deal to carry the English Premier League soccer package through 2028, according to Deadline.