Dave, Ali and Dog Day Afternoon: The Best of What’s Coming to HBO Max in September 2020 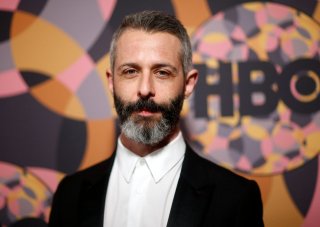 HBO Max has gotten off to a bit of an uneven start following its May launch, as it gained (but then lost) the “Harry Potter” movies, and it remains unavailable on Roku or Amazon Prime. But the service has a long list of desirable content arriving in the month of September. Some highlights:

“City of God” (September 1.) Director Fernando Meirelles’ Brazilian film from 2002, about crime in the titular area near Rio de Janeiro, was nominated for four Oscars. It comes to HBO Max at the start of the month.

“Clerks” (September 1.) Director Kevin Smith’s black-and-white, low-budget and unceasingly vulgar comedy arrived in 1994 and quickly became a cult hit, which exemplified the indie spirit of the mid-1990s. It’s still the best film Smith has made.

“The Curious Case Of Benjamin Button” (September 1.) Director David Fincher’s films are usually critically praised, but reaction was more mixed to this 2008 epic, based on a short story, which starred Brad Pitt as a man who somehow ages in reverse. However, the reputation of the film, which set its climax against the backdrop of Hurricane Katrina, has improved over time.

“Dave” (September 1.) Political satire is very hard to do, but one of the best ever was this 1993 comedy, directed by Ivan Reitman. “Dave” stars Kevin Kline as a man who works as an impersonator for the president—and once the president suffers a stroke, he’s hired to take over as president for real.

“Dog Day Afternoon” (September 1.) One of the best crime films of the ‘70s, director Sidney Lumet’s film is set on a single day and covers the based-on-a-true-story tale of a man (Al Pacino) robbing a bank in Brooklyn and getting into an hours-long standoff with police.

“JFK” (September 1.) Oliver Stone’s 1991 film about New Orleans prosecutor Jim Garrison’s investigation into the Kennedy assassination may not have been very accurate as history, but it was a masterpiece of editing and film storytelling, featuring an all-star cast led by Kevin Costner as Garrison.

“When We Were Kings” (September 1.) There have been many, many movies about Muhammad Ali, but the best one of all is this Oscar-winning documentary, directed by Leon Gast, which depicted the 1974 “Rumble in the Jungle” between Ali and George Foreman, although the film wasn’t completed and released until 1996.

“The Invisible Man” (September 19.) One of the best movies of the pre-coronavirus 2020 cinematic year, this horror movie, directed by Leigh Whannell, starred Elisabeth Moss. It represented a smart spin on the H.G. Wells novel that’s been adapted numerous times over the years.

“Agents of Chaos” (September 23.) The prolific documentarian Alex Gibney has made films about a wide variety of topics, from Lance Armstrong to Eliot Spitzer to the Enron scandal to Steve Bartman. Now, he tackles Russian interference in the 2016 election, in this two-part doc that will also air on regular HBO.