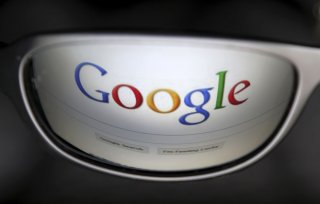 The Department of Justice’s probe of Alphabet’s Google is expected to result in a federal antitrust suit as soon as next week, Reuters reported Wednesday.

The department is seeking to roll state attorneys general, some of whom have also been probing Google, into the suit, although it’s not clear whether they will agree to do so. The Washington Post had reported last week that Google was briefing the state attorneys general about the status of the probe, which was opened in 2019.

The suit will involve accusing Google’s search product of “looking to disadvantage rivals such as Microsoft’s Bing by depriving them of the data about users and user preferences that they need to improve and to advertise to people,” Reuters said, while the investigation also includes the company’s search advertising music.

The Wall Street Journal reported in June that both the DOJ and several states were eying antitrust charges against Google. Texas State Attorney General Ken Paxton, a Republican, is said to be leading the effort among the states. Paxton has also accused Google of “bias” against conservatives. Some Democratic attorneys general are said to favor a more bipartisan approach.

While the Wall Street Journal had said the focus was on the advertising business, Bloomberg News subsequently reported that the probes were also looking at Google’s search business.

DuckDuckGo, a Google rival, has said that it is cooperating with the probes.

The proposed suit is somewhat fraught arriving just five weeks before the presidential election. Also concerning is the prospect of former Vice President Joe Biden winning the election, which means that the Google lawsuit would be carried over into a new administration with a new Justice Department.

The New York Times reported last week that some career lawyers in the Justice Department have said that they need more time to build a case, but have faced pressure from above to wrap up their work by the end of September. Some lawyers involved have even withdrawn from the case, the Times said, and are worried that moving forward too quickly could make the case harder for DOJ to win.

Those who oppose the immediate charges say that Attorney General William Barr “wanted to announce the case in September to take credit for action against a powerful tech company under the Trump administration.”

The report also said that lawyers at the DOJ see Barr’s rushing fo the case as part of a pattern of the attorney general’s “willingness to override the recommendations of career lawyers in cases that are of keen interest to President [Donald] Trump.”

The New York Times story also said that outside lawyers have been approached to assist in the case, as David Boies was hired by the government in the 1990s to assist in the antitrust case against Microsoft. But all have declined.