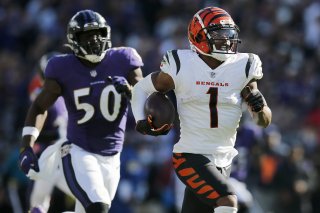 People who are looking forward to being able to get the NFL Sunday Ticket package at home without needing to subscribe to DirecTV are closely watching the news about who will control the NFL out-of-market games package after the 2022 season.

DirecTV has had exclusive rights to the Sunday Ticket package since it first launched in 1994. Unfortunately, that deal expires after next season. Some people believe the NFL wants to offer those rights to other providers, with tech giants Apple and Amazon mentioned as potential bidders. Longtime NFL partners like Disney/ESPN and Comcast/NBC have also been mentioned as among those interested. Other reports have said that the NFL may offer single-game NFL broadcasts through Sunday Ticket while allowing NFL fans subscribe to the games of one particular out-of-market team.

Now, it appears that DirecTV could remain part of the Sunday Ticket picture, even while not retaining the exclusive rights.

Pro Football Talk, citing reporting from Sports Business Journal, said this week that  “momentum is growing” for DirecTV to remain the satellite partner for Sunday Ticket, with the streaming side of the package going to another partner. The report added that while the NFL didn’t have a good relationship with DirecTV’s parent company for the last few years, AT&T, that DirecTV has since been spun off is seen as helpful to their chances to keep the package.

If DirecTV keeps the Sunday Ticket rights, then the hundreds of restaurants and bars that subscribe and offer Sunday Ticket would not need to subscribe to a different service. And DirecTV continuing to be in business with the NFL would give at-home customers another reason to remain subscribers to that service, even if it were no longer exclusive.

“We don’t subscribe to the theory that television is going away,” NFL Chief Media & Business Officer Brian Rolapp said at the CAA World Congress of Sports, Sports Business Journal’s Ben Fischer reported, per PFT. “We want to be in every household in this country and beyond. And so while that distribution patterns change, we need to be [in satellite]. So in fact, television is going to be meaningful. We’re going to want to be there in a way. I don’t think Sunday Ticket is any different.”

PFT also speculated that the NFL could sell the international rights to Sunday Ticket to another company.

It’s not known yet what the NFL’s timetable is for making a decision on the Sunday Ticket rights. The league announced new TV deals earlier this year, which include additional streaming availability for games.